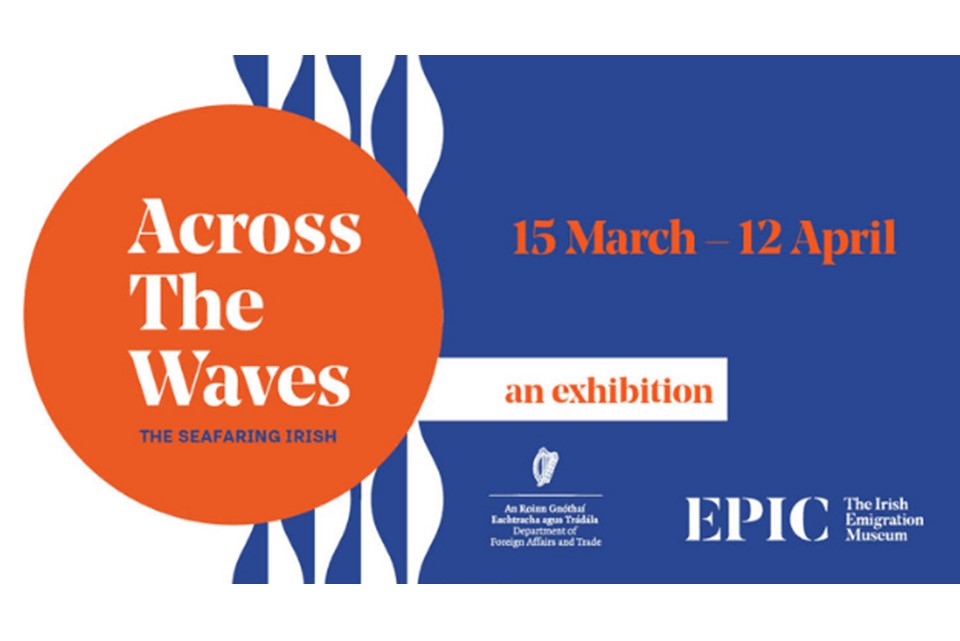 A new exhibition highlighting the role of the sea and seafarers in the story of the Irish diaspora has opened in EPIC The Irish Emigration Museum in Dublin.

Throughout history, Irish people have taken to the sea both in search of opportunity and to escape times of hardship. Across the Waves: The Seafaring Irish explores the stories of Irish seafarers who have left their mark on the modern world through great feats of endurance, of exploration and of enterprise.

Speaking at the launch Ann Derwin, Director General - Global Irish Services Division at the Department of Foreign and Trade said:

“Following on from the great success of our most recent collaboration with EPIC – the Blazing a Trail exhibition, which tells the stories of Ireland’s ground-breaking female diaspora – Across the waves shines a light on yet another important but often-overlooked part of our shared history.

It is perhaps surprising that despite our status as an island nation, we in contemporary Ireland sometimes fail to think of ourselves as a seafaring people in quite the same way as some of our neighbours. Yet, as this exhibition shows, the sea has always played a defining role in shaping the Irish experience, and in particular the Irish emigrant experience.”

Across the Waves: The Seafaring Irish will be exhibited in EPIC The Irish Emigration Museum in CHQ, Custom House Quay, Dublin from 15th March – 12th April 2019. In the coming years it will tour Irish embassies and consulates around the world.