The New Irish in Berlin 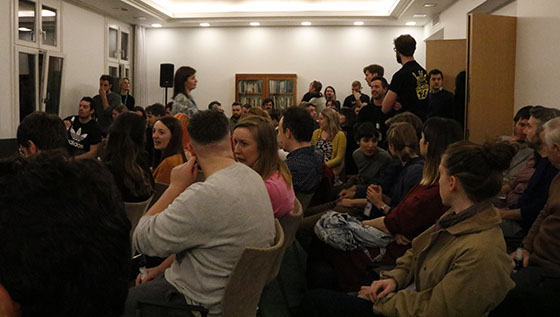 The Irish community in Berlin has increased significantly in recent years, from just over 1,000 in 2005 to nearly 2,500 in 2016. With approximately 14,000 Irish in Germany this means that Berlin is home to one of the largest and fastest growing Irish communities.

As part of an outreach effort to this growing community and its new members, the Irish Embassy in Berlin hosted a large event in October under the brand, "Young Irish Berliners". The objective of the event was to obtain a better insight into the new community and to establish if there was more they could be doing to serve this community, to help them assist one another and to get a sense of whether there are opportunities for the Embassy to build on the commercial, cultural and community connections being established by these young emigrants. 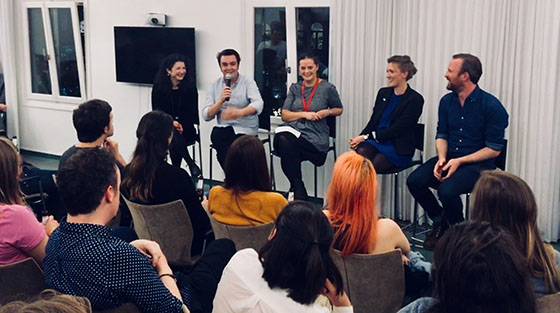 The response to the event was hugely positive and more than 200 people participated on the night. This was beyond the expectation of the Embassy and demonstrated the real desire of new and young members of the Berlin Irish community to network with one another and build on the connections they are making.

The event itself took the form of a panel discussion with four diverse community members on the current experience of being Irish in Berlin.  The panellists were; Mark Flynn (The Drifter) a successful DJ working Europe wide; Dave Redmond, a music producer and agent; Alice Chambers, Communications and Outreach officer for the NGO Transparency International; and Suzy Kealy, a member of the management team of The Barn, a specialist coffee roasting company.

The panel discussion proved useful to understanding the different circumstances and needs of these newer members of the Irish community. The audience was also keen to participate sharing the reasons behind the decision to move to Berlin, experiences of getting used to life in Germany and their plans for the future.

The panel discussion was followed by a networking event during which the Embassy showcased some of the young Irish artistic talent in the city: a visual artist (David O’Kane), a DJ (Ian Blake), a singer / songwriter (Simon Fagan) and a spoken word artist (Craig McGuigan).  Catering was provided by two start up Irish owned food businesses (Hellogoodpie and Crazy Bastard Sauce) and The Curious Fox, an Irish owned book store, also had a stand.

Feedback from participants at the event was very positive and the Embassy will be seeking to continue to engage with this growing and diverse community over the period ahead.