Ireland in the Philippines

The Embassy of Ireland in Singapore is accredited on a non-residential basis to the Philippines. Ireland is represented in the Philippines by our Honorary Consul General, Mrs Noreen F. Trota. 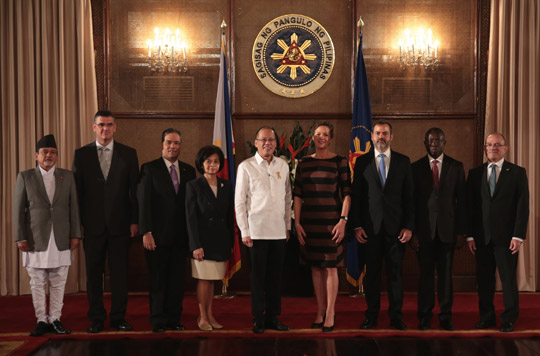 A parliamentary delegation from the Joint Committee on Foreign Affairs and Trade visited in December 2014, led by its Chairman, Pat Breen T.D.

Noreen F. Trota was appointed as Ireland’s Honorary Consul to the Philippines in 1996, after the passing of her husband, Noni, who had served in the role since 1976. Over these forty years, she has served Ireland with distinction. She is a dedicated supporter of the Irish community in the Philippines and has built up a busy consulate to provide services both to Irish citizens and to the large Filipino community who have links to Ireland.

If you require further information or assistance please contact at: