Department of Foreign Affairs and Trade issued more than 630,000 passports in 2013 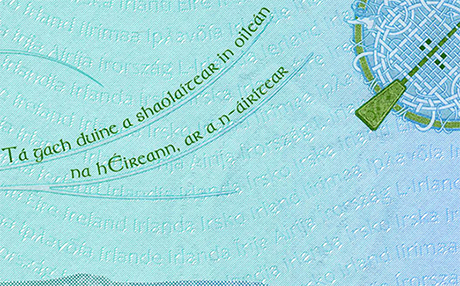 The Department continued to improve services with the introduction of a new appointments service and an online guide to applying for a passport.

The Department of Foreign Affairs and Trade issued more than 630,000 passports in 2013, with the months of May and July recording the highest demand.

Outside the island of Ireland, the greatest numbers of passports were issued by the Department’s offices in London, Canberra, New York, Sydney, San Francisco and Ottawa.

The Department also launched a newly-designed passport booklet with enhanced security features during the year. In addition, the Department continued to improve services with the introduction of a new appointments service and an online guide to applying for a passport.

“The Department strives to provide a quick, secure and affordable passport service. With an increasing number of people using the Passport Express service, we have been able to meet a high level of demand with quicker turnaround times.

In September, I launched a new passport booklet, which combines the latest security technology with a design featuring images of Ireland. The new passport represents our culture, our history and our people.”

The Tánaiste reminded Irish citizens to check the expiry date of their passport and to bear in mind that many countries require incoming travellers to hold passports which are valid for at least six months:

“We work to ensure that passports can be issued quickly in emergencies, but we encourage you to get applications in well in advance – even if you do not have imminent travel plans.”

In 2013 the Department introduced an online appointments service, which allows customers to avoid queuing by booking an appointment in our Molesworth Street offices in Dublin. Priority is given to those who need to travel within 3 to 10 days.

“I strongly advise citizens who are planning to renew their passport in 2014 to do so in the off-peak period.”

Passports by Numbers in 2013

449,033 Passport applications were received through the Passport Express service, representing a 5% increase over 2012

46,195 applications were received through the London Passport Office

44,453 applications were received through the Northern Ireland Passport Express service

A guide to How to Apply for a Passport, which takes Irish citizens through each step of their passport application and answers the most frequently asked questions, is available at www.dfa.ie

On our website, you can also access a Passport reminder service and a Passport Tracking service to allow customers to track the status of their application.

Passport Express is an easy-to-use, courier type service operated by An Post exclusively for passports.  It is available throughout the post office network and has been in use since 1995.

The newly designed passport features images of iconic Irish landmarks including the Croagh Patrick and Kylemore Abbey, in addition to drawings depicting Irish music and dance and Gaelic games.