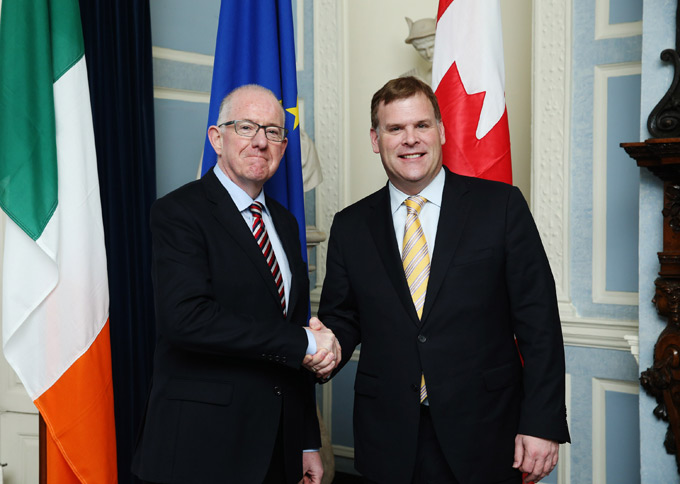 Speaking about their meeting at Iveagh House, Minister Flanagan said:

“Ireland has a very strong relationship with Canada and our bilateral relations are deepening and broadening from this already excellent base. During the course of our meeting, Minister Baird and I discussed how to further strengthen our economic and trading relationship.

“Ireland hopes to be at the forefront of those EU member states capitalising on the recent conclusion of negotiations on the EU-Canada trade agreement known as CETA. This important trade and investment agreement with our Canadian partners offers a potential for about €200 million in extra annual trade for Ireland. It removes over 95% of tariffs between the two economies and creates new market access opportunities in services and investment.

“We also reviewed the Canada-Ireland Working Holiday Programme which this year alone will enable over 14,000 young Irish to work and live in Canada for two years, with the possibility of a one-year extension. Meanwhile, we are pleased to see a strong rise in Canadian participation in the working holiday scheme here in Ireland, with applications from Canadian citizens up around 30% on last year. 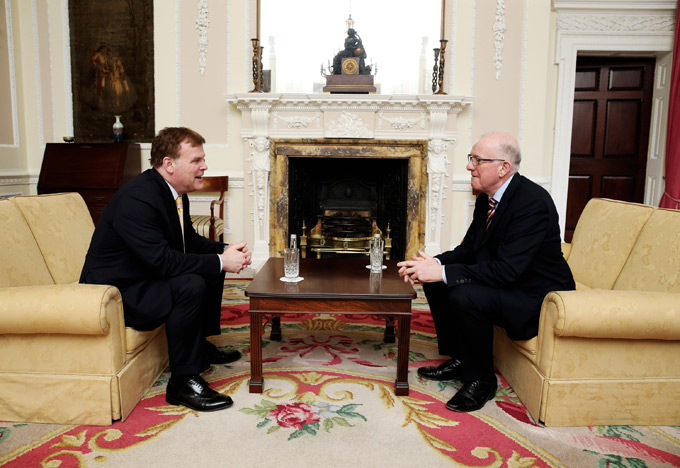 “Our discussion also covered key international issues, particularly Ukraine, the Middle East and the Ebola outbreak. We agreed to maintain contact at political and official level on these and other issues.”

The Ministers also discussed the Government’s plans for memorials for the late Canadian Finance Minister Jim Flaherty who died in April this year. On 30 October, the President will honour Jim Flaherty’s memory through a posthumous Presidential Distinguished Service Award for the Irish Abroad.

Notes to the Editor

Canadian authorities issue over 10,000 visas annually for Irish citizens via the reciprocal Working Holiday Agreement. This year has seen a strong rise in the number of Canadians coming to Ireland, due to increasing awareness of Ireland in Canada and due to perceived opportunities as Ireland’s economy continues to recover.

Economic links between the two countries are strong with high levels of investment and trade flowing both ways between Canada and Ireland.

The Canada-EU summit on 26 September in Ottawa marked the end of the negotiations of the EU-Canada trade agreement (CETA). The agreement will remove over 95% of tariffs between the two economies and create sizeable new market access opportunities in services and investment leading to substantial gains for Ireland-Canada bilateral trade.