The Department of Foreign Affairs and Trade issued 629,446 passports in 2014 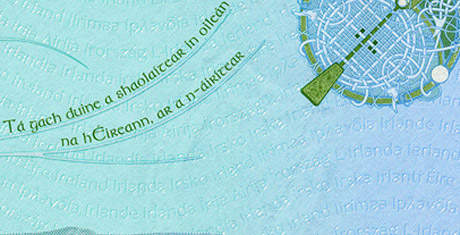 629,446 passports were issued in 2014 by the Department of Foreign Affairs and Trade, with May and June the busiest months for passport applications.

629,446 passports were issued in 2014 by the Department of Foreign Affairs and Trade, with May and June the busiest months for passport applications.

The Department’s offices in London and Canberra issued the greatest numbers of passports.

"The Department has worked hard in recent years to ensure we provide a modern, secure and quick passport service. We offer a variety of services including a passport reminder service, passport tracking and a passport appointments service.

"For those who need to travel at short notice (3-10 working days) the passport appointments service allows them to book an appointment online rather than queuing up to renew their passport.

"Customers can now track their application online and can also sign up for our reminder service to receive an alert three months before their passport expires.

Minister Flanagan encouraged Irish citizens to check the expiry date of their passport and to remember that many countries require incoming visitors to hold passports which are valid for at least six months.

In Ireland 25% of all applications were received during the months of May and June.

On the seasonal surge in applications, the Minister commented:

“Citizens who plan to renew their passport in 2015 are advised to do so in the off-peak period to ensure the shortest renewal time.”

Passports by Numbers in 2014