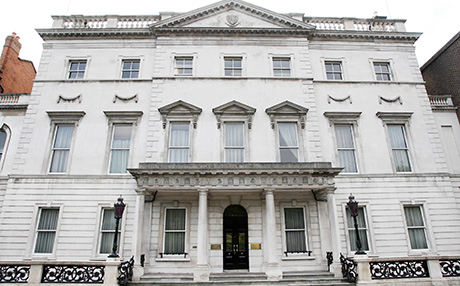 After his meeting, Minister Coveney said:

“I was very pleased to meet with Chancellor Hammond today during his visit to Dublin.  We spoke as good but honest friends.

“We reflected on the positive bilateral relationship that has been built between our two countries and our desire to ensure that this relationship continues to strengthen and develop.

“We also spoke about the serious issues that arise as the UK negotiates its departure from the European Union. I underlined to the Chancellor the importance of making sufficient progress on the phase one issues currently under discussion, namely citizens’ rights; financial matters, ‘separation’ issues and of course, the unique Irish issues.

Following the conclusion of the third round of negotiations in Brussels a short while ago, it is clear that lot of work is still required on these issues ahead of any decision by the European Council on whether sufficient progress has been made to launch phase 2 of the negotiations, when parallel discussions on the EU’s future relationship with the UK can begin.

I urged the Chancellor to listen to those who stand to be most negatively impacted by Brexit across these islands. I shared with him some of the concerns that I have heard in my conversations, North and South, with business and community representatives and other stakeholders, about the pressures and risks that the UK withdrawal from the European Union raises for them.

Protecting the economy and protecting the peace process and Northern Ireland are two of the Government’s four headline priorities for dealing with Brexit.  The Government is determined to avoid a hard border on the island of Ireland and to maintain to the greatest extent possible the status quo.  I have reminded the Chancellor of the Irish Government’s conviction that the UK remaining in the Customs Union and the Single Market is the best way in which this can be achieved.

“I made clear the Government’s objective that there should be no new impediments to the all-island economy which has been able to develop over the last two decades and which is a gain of the peace process that benefits communities across the island.”