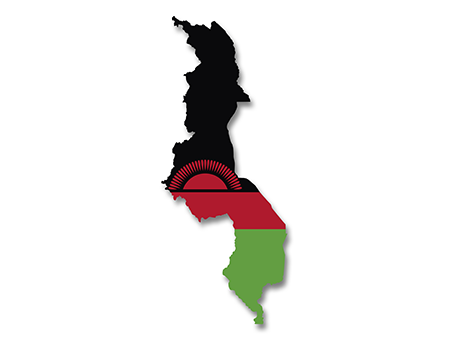 The Malawi CSP’s focus on helping improve food security; promoting better nutrition and dietary diversification; supporting social protection measures; building resilience to the adverse effects of climate change; and promoting responsive and accountable governance was appropriate and coherent with the Government of Malawi’s policies and strategies.

The CSP’s focus on nutrition and addressing micronutrient deficiencies is particularly relevant given the high levels of stunting in Malawi. The promotion of conservation agriculture and the building of resilience are consistent with international initiatives in relation to climate change and its negative effects.

There are some very strong connections between different areas of support within the CSP. This is particularly the case for the components of the CSP related to food security and nutrition where all of the initiatives supported can be seen to have a shared policy focus. The inter-connections are not as strong in other areas of the CSP. Components of the CSP related to building resilience and sustaining livelihoods have a shared focus. However, the way they might be adding value to each other is not as evident as in the case for food security and nutrition. In one instance there appears to be parallel supports and thus, in addition to added management demands, a potential for duplication.

The evidence from evaluations, reviews and annual reports indicates that most of the CSP’s programmes have made progress towards the intended objectives. However, the performance related information is not sufficient for an assessment of the degree of contribution the CSP may have made to particular results.

At a policy level, Irish Aid was instrumental in advancing the adoption by Malawi of the Scaling-Up-Nutrition movement and the roll-out of a national programme to reduce stunting rates.

Overall, Irish Aid has played a catalytic role in the development of some innovative programmes, a number of which have attracted other contributions for their scaling-up thereby increasing the value-for-money of Irish Aid’s funding.

The CSP’s primary channels of funding have been the direct granting of partners and the use of pooled funding mechanisms. Though these funds have incurred charges, the costs have been typical for mechanisms such as these.

Choosing to partner with the international research institutions was appropriate in terms of trying to maximise efficiencies and not just in terms of the expertise they can bring to bear. Somewhat similarly, support for Concern Universal’s Local Development Support Programme has provided Irish Aid with a readymade entry point at sub-national level for partnership-working on a variety of issues.

Over the life of the CSP Irish Aid has provided funding to nearly 50 partners and programmes with nearly 30 partnerships in any given year. Mitigating the risks to efficiency that might be expected from having to maintain multiple partnerships was helped where geographic convergence has occurred and where different partners have related objectives.

Though Irish Aid did not for the most part channel its funding through Government systems, Irish Aid at all times sought to align with Government policies. In addition, most of the programmes and projects supported by the CSP have had specific components focused on building capacities of people and institutions. This alignment with Government policies and attentiveness to building capacities augurs well for sustainability. The prospects for sustained benefit is most seen in the programmes that have most sought to maximise engagement with a range of actors including the private sector, and less seen in instances where there is a lack of a clear project timeframe.