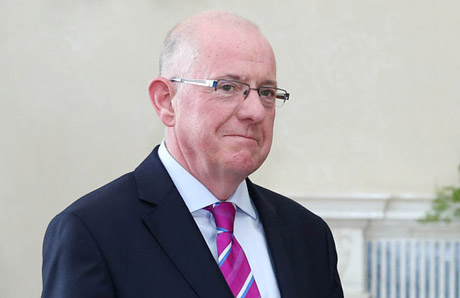 Closing remarks by the Minister for Foreign Affairs and Trade

I am pleased to have the opportunity to speak on this motion. Regrettably, in the context of the debate, I was away on Government business with President Higgins and Minister Noonan for the last few days; however, I have been kept abreast of the debate which begun yesterday and I will study carefully the views expressed in the House on both sides.

I will begin by responding to events this morning, I would like to make clear that I deplore the death today of a Palestinian leader – Ziad Abu Ain – following clashes with Israeli security forces at a protest in the West Bank. I have already personally conveyed my condolences to Palestinian Ambassador-Head of Mission Ahmad Abdelrazek and my deep concern at this incident will be made clear to the Israeli Government by Ambassador McKee who I spoke to earlier this evening.

We know from our own experience that we must not base decisions on the latest incident, and this is a point we are constantly urging on both Israelis and Palestinians. So this tragedy does not bear directly on our consideration tonight of the specific issue of recognition, but it does powerfully underline the importance and priority we attach to ending the occupation of Palestinian land.

I have time only to comment briefly on the motion and the debate thus far. Some of the wider issues raised in relation to the occupation I will have to leave for another occasion.

I took careful note of the motion presented by Deputies opposite, and recommended that the Government should neither oppose nor seek to amend it.

The motion recognises our common goal of achieving a Palestinian state, which is something we can all agree on. Minister Murphy’s address set out the Government’s actions aimed at achieving that objective.

First, our priority goal is to work to begin, or resume, a process of real negotiations between the parties. Despite previous failures, and consequent deep frustration, our own experience tells us that this is the only way the conflict is going to be resolved, and a fully functioning Palestinian state on all of its territory established.

We pursue this goal primarily though our engagement in the EU and the UN, and also in our bilateral contacts. As Deputies know, I attended the Norway-Egypt hosted Gaza reconstruction conference in Cairo last October, and I am currently exploring dates to visit to Israel and Palestine early in the New Year, and speak to all sides there.

Since taking office I have been active and vocal at EU level in particular, emphasising the need to actively combat destructive Israeli policies on the ground, especially settlements, which are closing off the prospects for peace. Ireland also directly support NGOs working on these critical justice and human rights issues, and this is something I attach especial importance to – helping those Israelis and Palestinians who are themselves working to make a difference.

Minister O Riordan, speaking for my colleague Minister Sherlock, set out how Ireland is also engaged in substantial humanitarian relief work, and in capacity building in the Palestinian institutions.

We are trying both to meet the serious needs of the present and to build the future Palestinian state.

The possible recognition of Palestine may be one element of this multi-stranded approach. It has been suggested that recognition now might help jump-start a stalemated process. This was the judgement made by Sweden, and is the spirit of this evening’s motion.

As we have stated, achieving and recognising a Palestinian state has always been the Government’s objective, and everything we do on the Middle East is directed towards that aim. While successive Governments have always seen recognition coming as part of an agreed peace, I have made clear that I have absolutely no difficulty in principle with the idea of early recognition, if I believe it can contribute to achieving a settlement of the conflict. The present stalemate is not acceptable to me, and I am open to any action that can move things forward positively. As you know, the EU at the last Foreign Affairs Council, prompted by Sweden’s action and with my own support, began a process of reflection among Ministers as to the implications and possibilities of recognition and I believe that is an important, responsible and reasonable approach to take. I will ensure the House is kept abreast of developments in this context and that Ireland maintains its strong voice in the EU on this issue.

I will be reflecting carefully on all these aspects – on the views expressed by all sides in the House, on the considerations set out for the House by my Ministerial colleagues in this debate, and on the motions passed by both the Seanad and – as I expect – the Dail. And also on the views and positions of other EU partners, and on what early recognition could mean both for Palestine and for Ireland’s influence on this critical issue, so important to all of us.

I again thank all who contributed to this important debate. I will advance matters further at Government level following an indepth political and policy analysis with a view to ensuring that our actions will make a positive contribution to the objectives clearly expressed in the motion.