Announcement of New Honorary Consul of Ireland for North Carolina 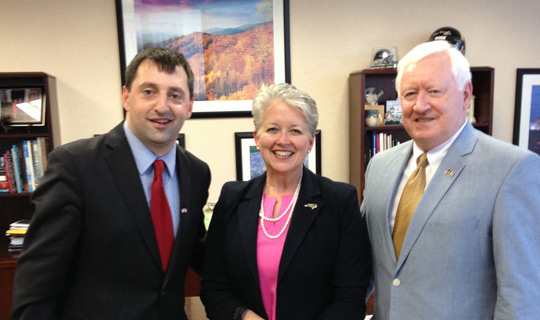 The Consulate General of Ireland in Atlanta is pleased to announce the appointment of Ireland’s first Honorary Consul for the state of North Carolina, Dr. John Young. Dr. Young has been a leading member of the Irish community in Charlotte for many years, having helped found the Irish Society of Charlotte in 1986 and served as its President. He is also the founder and chairman of the McLaughlin Young Group, a recognised leader in the area of human capital consulting.

Welcoming the appointment, Ireland’s Tánaiste (Deputy Prime Minister) and Minister for Foreign Affairs and Trade, Eamon Gilmore TD, said: “We are delighted to be appointing a first Honorary Consul in the state of North Carolina. The direct air connection between Charlotte and Dublin courtesy of US Airways provides huge opportunities in terms of boosting business and tourism connections between Ireland and North Carolina and we are confident John is the right man to help us in this endeavour.”

The Ambassador of Ireland to the United States, Anne Anderson, said: “Honorary Consuls play a critical role for Ireland in the US, helping to provide essential consular services to Irish citizens and to deliver our trade, investment, tourism and cultural messages to new and diverse audiences. John’s appointment enhances this network of dedicated and articulate advocates for Ireland and we are delighted to have him on board. We are conscious too that Charlotte’s strengths in areas like banking and energy and the outstanding reputation of the Research Triangle for education and research presents opportunities from which we hope to capitalise in all our interests.”

The Consul General of Ireland for the US south-east, Paul Gleeson, said: “North Carolina has been a priority state for us since it hosted the first official Irish Government trade mission to the US south-east in September 2011. John’s appointment helps to solidify and grow our collaborations with a state rightly recognised as at the forefront of cutting-edge innovation in areas like technology and new media. These are priority sectors for Ireland too and there is no doubt our economic recovery can be enhanced by deepening collaboration with North Carolina’s entrepreneurs, businesses and institutes of higher education.”

On his appointment as Honorary Consul on a 3-year contract, Dr. John Young said: “It is an honour to have the opportunity to connect Ireland, where I was born, and North Carolina, where I have lived for the past 30 years. Both the country and the state have incredible natural beauty, a commitment to education and culture, and a progressive business environment. I have always called both home, and look forward to further developing and nurturing the relationship between Ireland and North Carolina.”

Dr. Young is a native of the Glens of Antrim in Northern Ireland. He emigrated to the United States in 1971 and he and his wife, Mary Pat, have lived in North Carolina for 30 years. They have two grown children and three grandchildren.