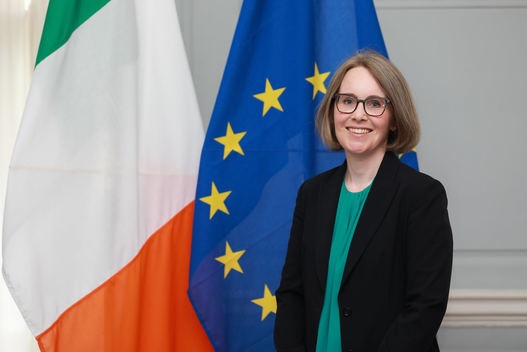 Denise McQuade has served as Consul General of Ireland since August 2022.

She was previously posted at the Embassy of Ireland in Berlin and at the Permanent Mission of Ireland to the United Nations, New York. She has also worked in the Development Cooperation and Africa Division, Consular Division and Legal Division of the Department of Foreign Affairs. From 2018 to 2021, she was seconded to the Department of the Taoiseach where she worked on EU affairs.

Denise holds a B.A. in Law and European Studies from the University of Limerick, an LL.M. from the Humboldt-Universität zu Berlin and an M.A. in Leadership and Strategy from the Institute of Public Administration, Dublin. She also holds a Barrister-at-Law Degree from King’s Inns and was called to the Bar of Ireland in 2001.