The Consulate was delighted to welcome Minister for Public Expenditure and Reform Paschal Donohoe TD to Edinburgh on 8 June to attend the launch of the newly established Irish Business Network Scotland.

The launch took place in Edinburgh Castle’s Queen Anne Room and was attended by some 120 senior representatives of the Irish and Scottish business communities.

In his remarks, Minister Donohoe welcomed the launch of the Irish Business Network Scotland, and spoke of the strong relationship between the two countries across a wide variety of areas, from tourism to sport to music and literature.

Minister Donohoe then outlined the wealth of opportunities that exist for business between Ireland and Scotland, and assured guests of the Irish Government’s full and continuing support for the development of the Irish Business Network Scotland. 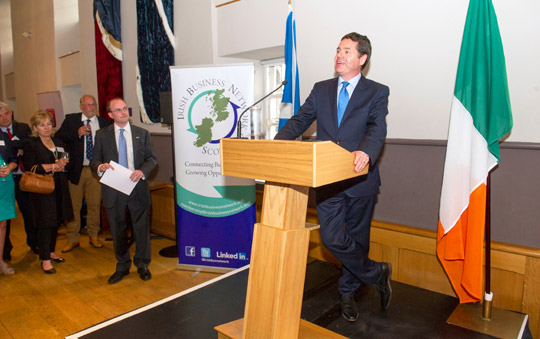 Cabinet Secretary for Culture, Tourism and External Affairs Fiona Hylsop MSP also attended the launch event, and confirmed that the Scottish Government will also provide every possible assistance to the Network, given the importance it places on business collaboration between Ireland and Scotland. 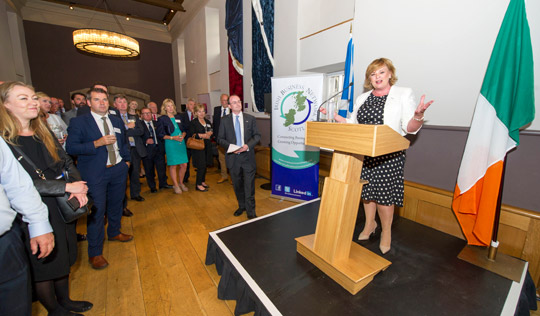 Following the remarks, keynote speaker and CEO of Edinburgh Airport Mr Gordon Dewar addressed the guests, and spoke of the importance of networking and collaboration to growing business across all sectors.

Further information, including how to sign up, can be found on the Irish Business Network Scotland.