This exhibition celebrates the 70th anniversary of diplomatic relations between Ireland and Australia and commemorates a much longer relationship between our two countries and people. 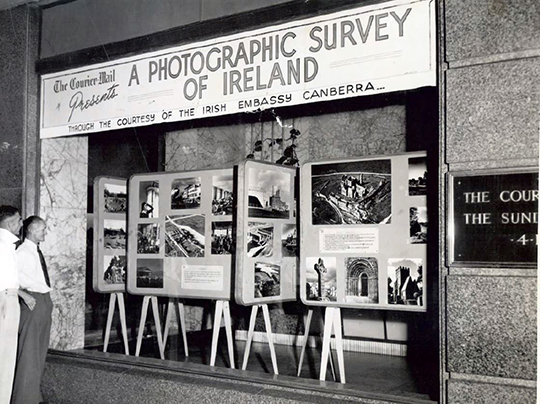 The photos, videos and historical documents in this collection highlight the warmth, closeness and longevity of the relationship between the Irish and Australian people and States. They have been drawn from a wide variety of sources – including the Irish and Australian Departments of Foreign Affairs and Trade, the National Archives of Australia, and personal collections – and capture an array of events and stories that have shaped the relationship.

The diplomatic relationship between Ireland and Australia was initiated in 1945 by Taoiseach Eamon de Valera and Prime Minister Ben Chifley in recognition of the countries’ close cultural bond. Ireland sent Thomas J. Kiernan as its first envoy to Australia in 1946 and Australia appointed William Dignam as High Commissioner in return. Political differences led to an early strain in the relationship that was to last for nearly 20 years. In 1950, following Ireland becoming a republic and leaving the (British) Commonwealth, Kiernan became Ireland’s first Ambassador in Canberra. However, Australia did not reciprocate the appointment for nearly two decades due to political differences surrounding Ireland’s name, independence and position in the Commonwealth. William A. Wynes was appointed Chargé d'affaires in Dublin in 1951, but it was not until 1965 that the Hon Hugh Roberton became Australia’s first Ambassador to Ireland. 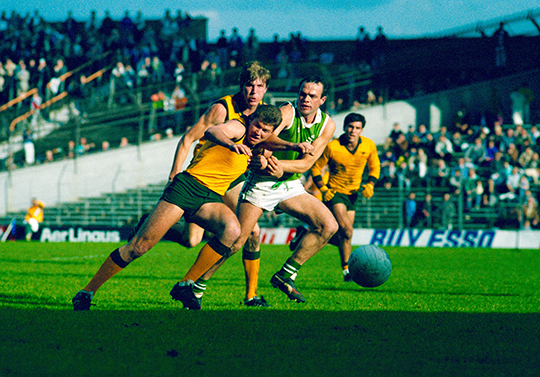 Since that time, Irish-Australian official relations have grown to reflect the strong bonds of history, culture and kinship. James Scullin was the first Australian Prime Minister to make an official visit to Ireland in 1929. In 1935 Joseph Lyons would do the same followed by Robert Menzies in 1941 and Gough Whitlam in 1974. By the 1980s, State visits became an important component of the relationship. President Patrick Hillery made the first Head of State of Ireland visit to Australia in 1985 and subsequent Presidents, Mary Robinson and Mary McAleese, followed in 1992 and 1998 respectively. Sir William Deane was the first Governor-General to visit Dublin in 1999. Australian Prime Ministers Bob Hawke, Paul Keating and John Howard addressed Dáil Éireann respectively in 1987, 1993 and 2006. Taoiseach Charles Haughey visited Australia in 1988 for the bicentennial celebrations, and Taoiseach Bertie Ahern visited in 2000 to open a Consulate General in Sydney. 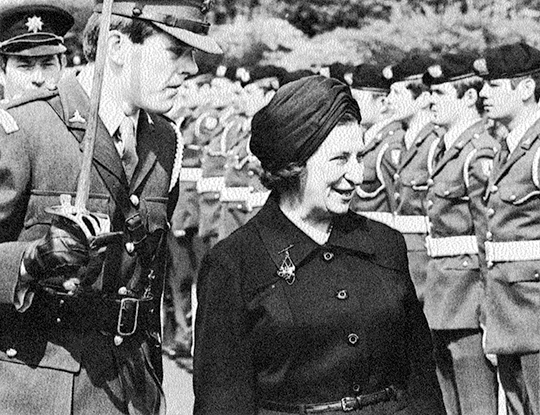 Yet beyond diplomacy, it is the indelible bond between the Irish and Australian people that has become the most notable feature of the bilateral relationship. The Irish contribution to Australia dates back to the first European settlement of Australia in the late eighteenth century, and is reflected most obviously in ties of kinship and in the attitudes and values shared by the Irish and Australian people. The two nations also hold proud cultural connections in a multitude of areas, from community engagement and military commemoration to sport, music and the arts.

The Irish and Australian Departments of Foreign Affairs and Trade look forward to seeing the partnership continue to grow. We would also like to thank all those who made this photographic exhibition possible.