Reception in honour of George Boole at the Embassy

Ambassador Kavanagh hosted a reception in honour of the 200th Birthday of UCC alumnus George Boole “forefather of the Information Age”. The event was held in cooperation with Education in Ireland and University College Cork on December 14 in Beijing.

The Ambassador welcomed and addressed an audience of some 150 attendees who included partners of Education in Ireland and University College Cork, and the Chinese alumni of Irish universities.

The attendees also heard remarks from Enterprise Ireland China Director Mr David Byrne and the President of University College Cork, Dr Michael Murphy who was marking the tenth anniversary of the establishment of UCC's office here in China. Ms. Maggie Kong from Manpower Group also attended the event and gave a speech aimed at the Chinese alumni. The guest of honour was Ms. Marni Hinton Rosner who attended with her husband Carl and their son Martin. Marni is George Boole’s great, great grand daughter and the Embassy was delighted to welcome her back to Beijing where she spent many enjoyable years teaching at the International School of Beijing.

Following the reception guest sat back and enjoyed a screening of the film 'The Genius of George Boole' narrated by Oscar-winning actor Jeremy Irons. 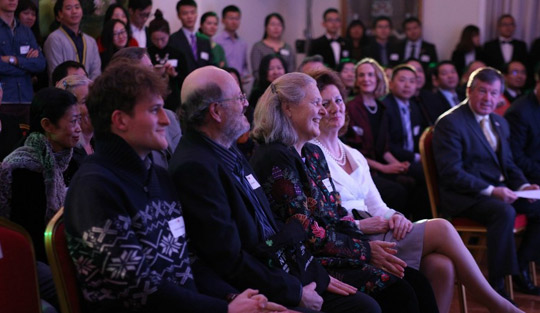 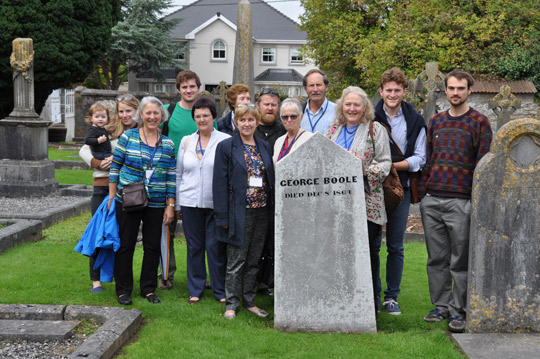