Minister for Jobs, Enterprise and Innovation, Richard Bruton, led for the fourth year running a trade mission of 40 Irish companies to China. The group traveled to Beijing, Shanghai, Shenzhen and Hong Kong. The CEOs of Enterprise Ireland, Julie Sinnamon, and the IDA, Martin Shanahan, also participated in the five-day mission. 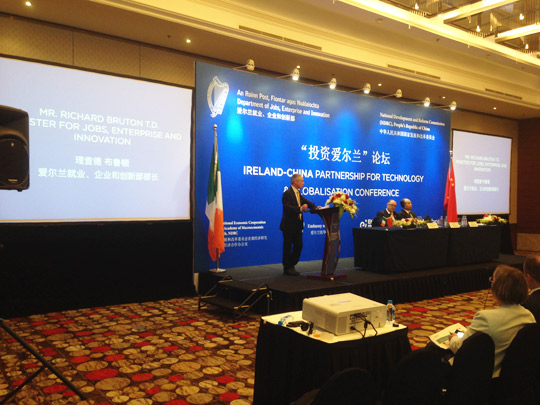 The Embassy of Ireland and the Irish state agencies organised an Invest in Ireland Conference in Beijing together with the National Development and Reform Commision at which 300 targeted participants heard about the supports available to companies considering investing or locating in Ireland. The Minister concluded the visit in Hong Kong where he officially opened the premises of Ireland’s new Consulate General.