'A lonely impulse of delight': WB Yeats at the Embassy

An exhibition of works by visual and literary artists reflecting on the life of WB Yeats will be hosted at the Embassy from October 20th to November 2nd. All welcome!

The Embassy of Ireland is delighted to host an exhibition of works by 32 visual artists, writers and sculptors in honour of the 150th anniversary of the birth of William Butler Yeats.

'A lonely impulse of delight’ is curated by SO Fine Arts Editions and features works from some of Ireland’s top writers and artists. The exhibition opens at the Embassy of Ireland, 3 Ritan Dong Lu, Beijing 100600 on the 20 October 2016 and will run until the 2 November 2016. It will be open for viewing from 10am – 12.30pm and 2pm – 4pm, Monday to Friday. 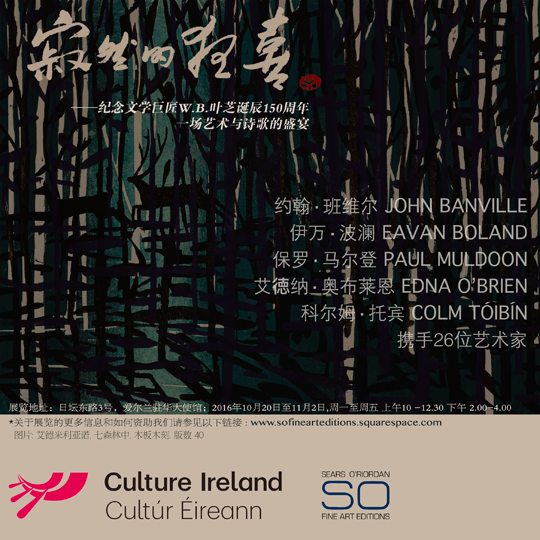