Sea Gastronomy by Michael O’Meara, published by Artisan House Connemara, is named as the best Seafood Cookbook at the World Gourmand Cookbook Awards in Yantai. 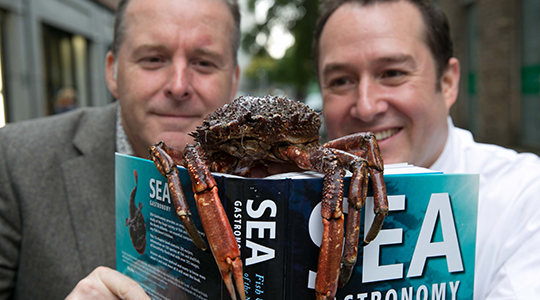 Galway author and chef Michael O’Meara’s Sea Gastronomy: Fish and Shellfish of the North Atlantic cookbook has won the Seafood Cookbook of the Year award at the World Gourmand Cookbook awards held on 29 May.

Regarded as the ‘Oscars’ of the food industry, the Gourmand awards is the most prestigious accolade in the world of culinary writing. Now in its 20th year, the awards celebrate the world’s most accomplished and influential food writers from over 136 countries around the globe.

A copy of the press release by the book's author is available here.