On March 16, the annual spectacular event to turn Great Wall green took place at the Badaling Great Wall, attracting hundreds of people from all walks of life to witness the magic. 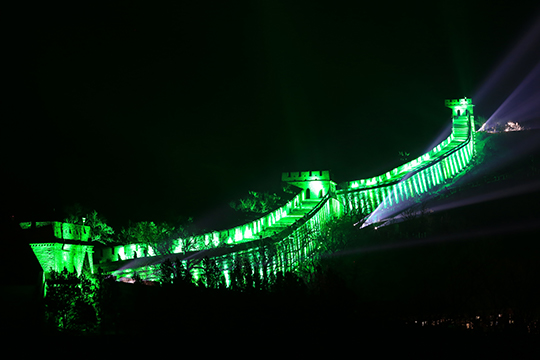 The event was widely covered across Chinese, Irish and international media platforms including The China Daily and the Irish Times.

Ambassador of Ireland to China Paul Kavanagh said: "St Patrick's Day is a time of celebration in Ireland and for all those of Irish descent and affinity around the world. In a significant gesture of friendship and solidarity by the Chinese authorities towards the Irish people, the City Administration of Beijing and the Yanqing District Authorities, once again honoured us with permission to green one of the greatest icons in the world, the Badaling Great Wall of China. I am delighted that this year we were joined at the Great Wall Greening event by Government of Ireland Minister Seán Canney T.D. who also visited Hong Kong, Shanghai, Nanjing and Huzhou over the week-long festival period."

Minister Seán Canney said: "It is a great honour for the Government and People of Ireland to have a number of Chinese national icons join the global greening once again in 2017 including the Canton Tower in Guangzhou, the Peace Hotel in Shanghai, the Jinxiu Tianfu Tower in Chengdu and a number of other prominent buildings in China.

We appreciate very much Beijing's support and cooperation in having the Great Wall of China join the global greening this March. This year, 12 landmark buildings in Ireland went red in honour of China's Spring Festival, our friendship with the Chinese people and the Twinning relationship between our two capital cities, Beijing and Dublin."

Organised by the Embassy of Ireland and Tourism Ireland, the event was also supported by Wyeth Nutrition, manufacturer of Irish product Illuma infant formula, as well as the leading Irish building supplies company CRH, which has operations globally, including in China.

In addition to Beijing, Shanghai, Guangzhou and Chengdu also hosted parades, festivals and greenings in the biggest celebration of Irish culture in China to date.

Greening of the Canton Tower in Guangzhou on March 17th 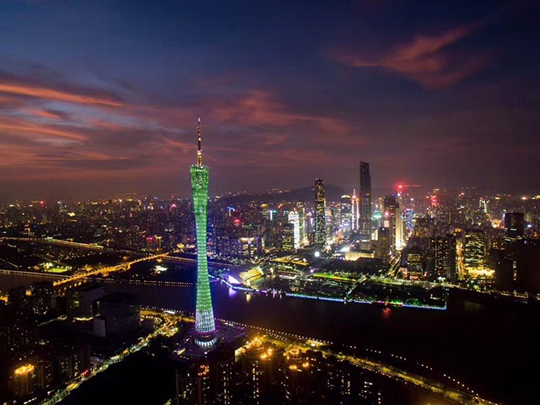