Embassy of Ireland in Tallinn hosted a small reception for participants and staff of to mark the collaboration project ENGAGE 2014 which brings together film-making students and graduates from different countries in Europe. ENGAGE is an international project between Ireland, Estonia, Scotland and Finland. 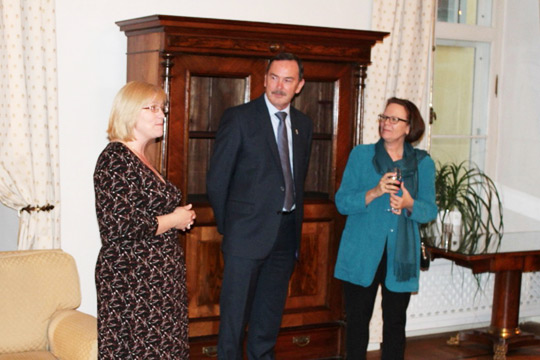