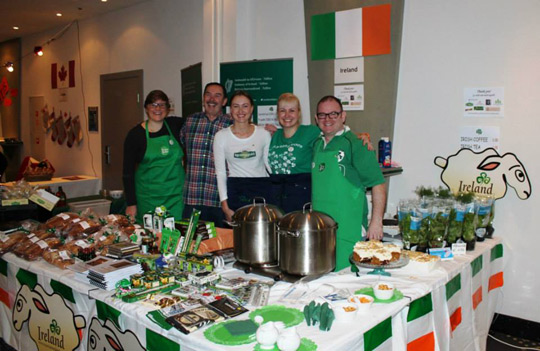 On Sunday, 23.11.2014, The International Christmas Charity Bazaar, organized by the International Women’s Club of Tallinn, was held 9th consecutive year with the enthusiastic support of the majority of the Embassies in Estonia. This year the Irish stand raised an unprecedented €1,162 for charity. The Ambassador, along with Embassy’s staff members would like to give a great maithú and send congratulations to Rachel Armstrong, the Irish community supporters and sponsors who gave so generously of their time and money in support of this year's International Christmas Charity Bazaar.