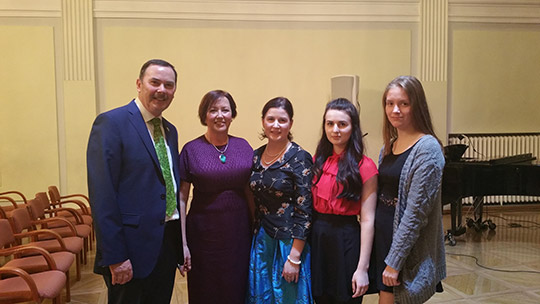 To celebrate Ireland's independence and mark the centenary of 1916 Easter Rising, pupils of Harju County secondary schools (grades 10-12) wrote their own version of the Proclamation of Independence as if they were the leaders of the Easter Rising in 1916. The version of the Proclamation had to be in English, on an A4 page. Their English teachers sent a selection of best works to the Embassy and the Ambassador (with the help of local staff) selected the winners. Best Content award went to Kerttu Ivask and Best Design prize was awarded to Anette Evisalu (both students from Jüri Gümnaasium). Winners and their teacher Kristel Kook-Aljas were invited to the Embassy's St Patrick's Day reception where they were presented with awards. 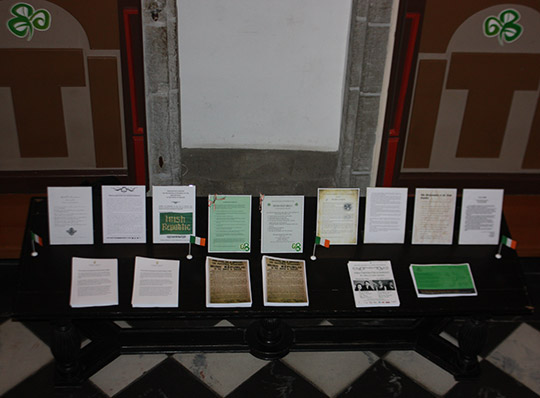 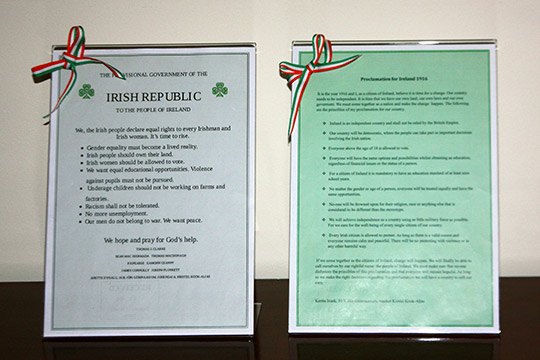 Additionally, on February 17th, the pupils of 5th and 6th grades of 20 Harju County schools gathered in Jüri Gymnasium for a Day of Ireland with a reading competition, a photo hunt and performances. All competition teams had to present an Ireland-themed poster. The Ambassador gave a speech about Irish school system and presented the prizes. Entertainment was provided by a local Irish dance group Solas who performed and also taught a few céilí dances.