"The Cap and Bells" premier concert

“The Cap and Bells” is a unique concert production that weaves together music, poetry and film. 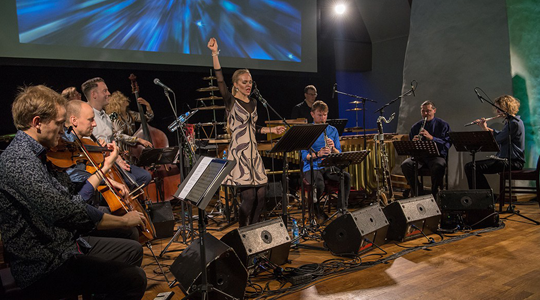 In order to celebrate the 100th anniversary of the Easter Rising 1916 and other historical events in Ireland which led to the birth of the Republic of Ireland, Avarus Ensemble (Mingo Rajandi, Virgo Sillamaa, Kadri Voorand and other talented Estonian musicians) hosted an evening of music, W.B. Yeats poetry and film on 3rd November in the Hopner’s House in Tallinn. 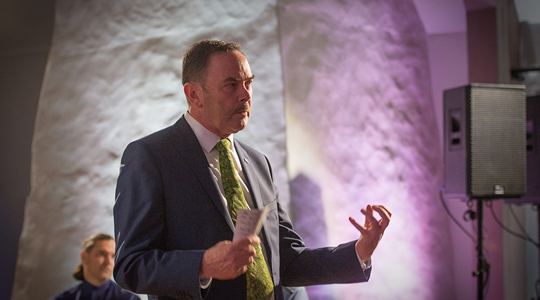 The event presented an extraordinary and manifold example of yet another Estonian-Irish contemporary arts collaboration inspired by the poetry and life of W. B. Yeats, featuring seven new compositions of Estonian composers as well as new pieces by the Irish musician and composer Seán Mac Erlaine, who was also performing on the stage together with the Avarus Ensemble. Another special guest from Ireland was Shane O’Reilly, an actor from Abbey Theatre, who read Yeats’ poems. And last, but not least, in collaboration with Allfilm, Mingo Rajandi’s composition ‘The Cap and Bells’ was made into a short dance film which had its premiere at the event with the ensemble performing live to accompany the film screening.

The exhibition organised by the Irish Estonian Business Network, the ‘Last Letters of the Kilmainham Gaol’, was also displayed at the lobby of the concert venue to raise awareness of the events in 1916 in Ireland. 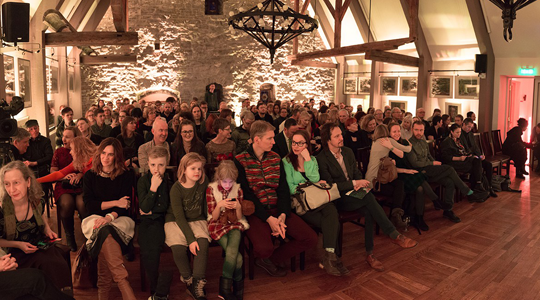 It was an evening to a full house, with the Estonian Minister of Culture Indrek Saar and many other well-known local composers, musicians and art-loving people present.