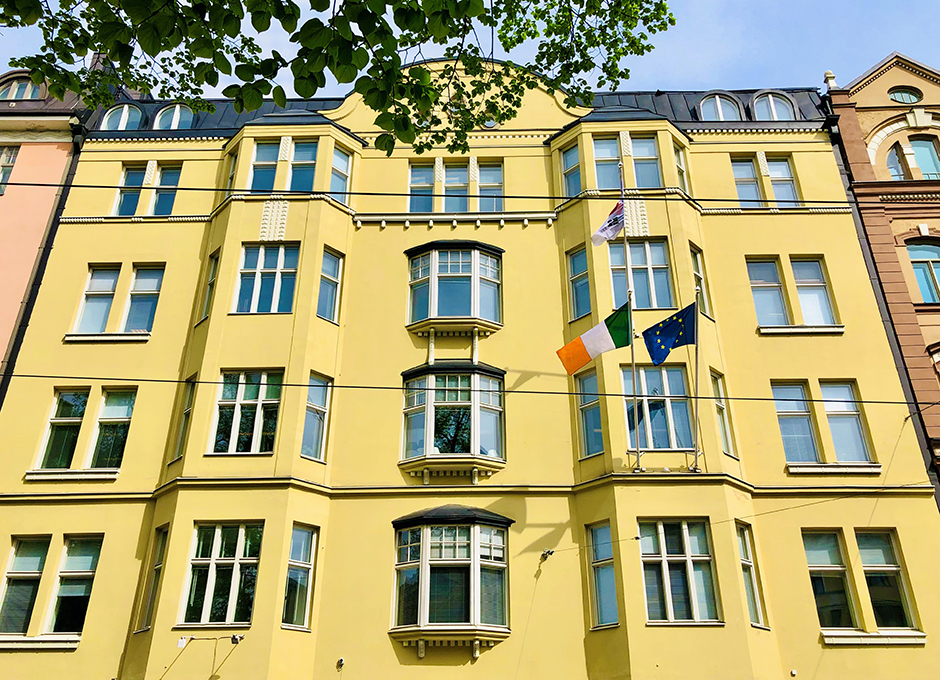 The Embassy of Ireland in Helsinki was first opened in 1993. However, Ireland's diplomatic relations with Finland were established in November 1961. Before 1993, Finland was covered on a non-residential basis by the Embassies of Ireland in Moscow and Stockholm.

Finland opened a resident Embassy in Dublin in 1989 headed by Ambassador Mr Osmo Lares. Previously the Finnish Ambassadors to Belgium and the Netherlands have been accredited diplomatic representatives to Ireland.