Ireland remains a popular tourist location with 6.8 million overseas tourist visits in 2013. It is one of the fastest growing sectors within the Irish economy, which is estimated to be worth almost €4 billion each year. 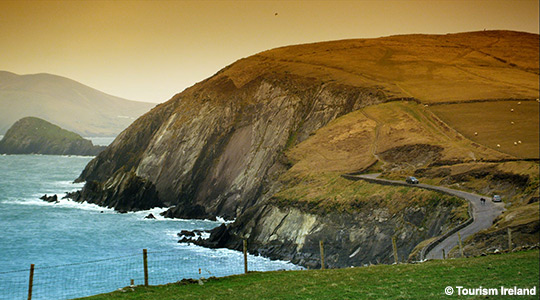 Getting to Ireland has never been easier with new air routes and additional seat capacity available in 2014 from the US and Canada, from mainland Europe and Great Britain and from long haul markets via the Gulf.

Ireland's main tourist attractions include it's rich cultural heritage, scenery, friendly people and relaxed way of life. It is also a popular location for sporting enthusiasts with numerous golf courses in addition to fishing, cycling, riding, water sports and other activities.

2014 is set to be another exciting year for visitors to Ireland as they get to experience Ireland's first long-distance touring route, the Wild Atlantic Way, stretching all the way form the Inishowen Peninsula in Co. Donegal to Kinsale in Co. Cork. The new route will rival the world's best driving tours, along 2,500km of the wildest, most captivating scenery, with lots to do and see along the way.