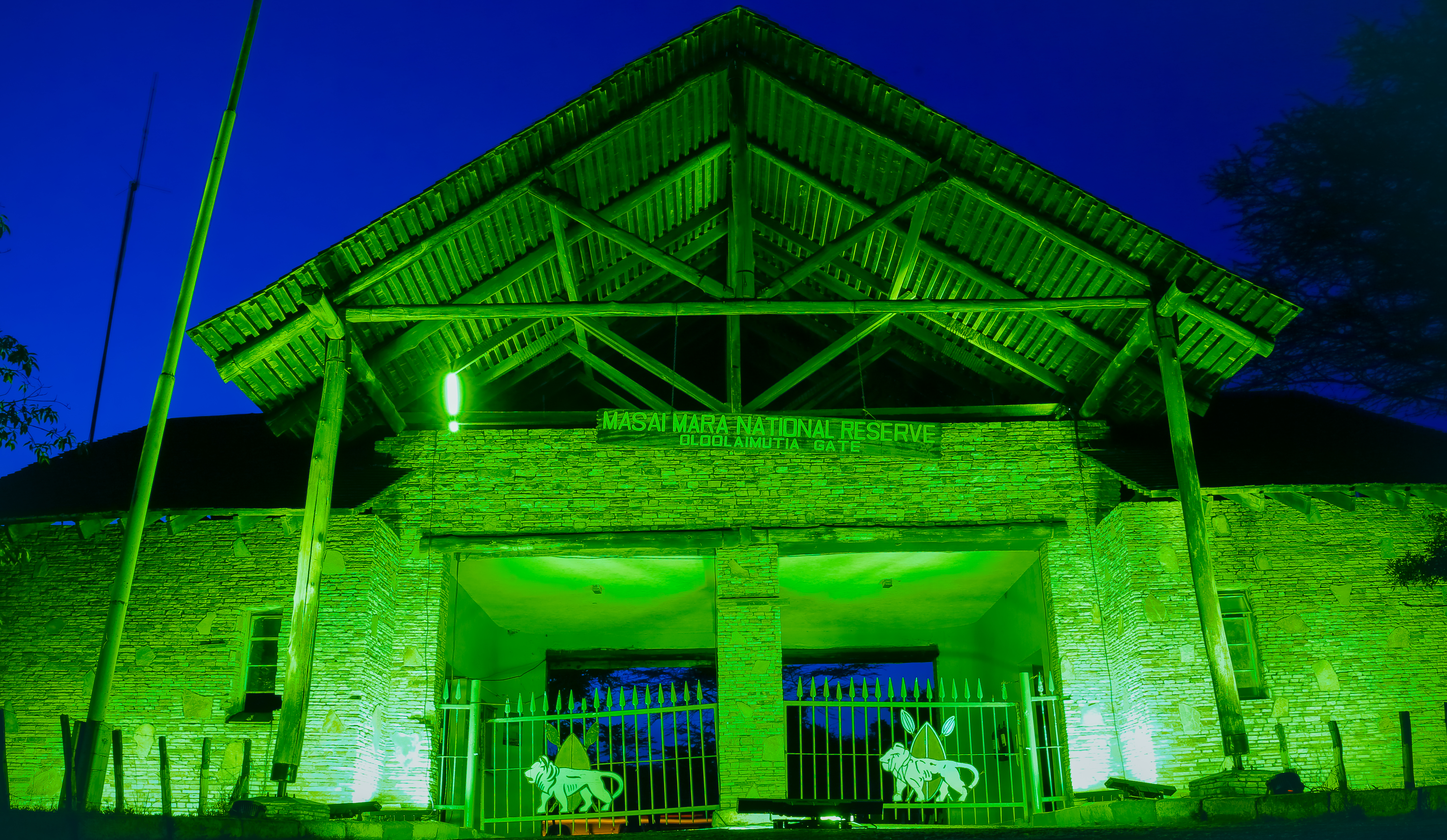 The world-famous Masai Mara this week joins Ireland’s “Global Greening”, when hundreds of landmarks around the world are lit up in green to celebrate St Patrick’s Day on March 17.

The Global Greening first began 11 years ago in Australia, when the iconic Sydney Opera House was illuminated in green on 17 March 2010. Now, almost 500 iconic sites and landmarks are ‘greened’ each year.

The Masai Mara is a new ‘greening’ for 2021, alongside the most northerly ‘greening’ in the world– a postbox at the summit of Øretoppen Mountain in Norway, 350 kms above the Arctic Circle.

These new sites will join some ‘old favourites’ which have gone green in previous years – including the Leaning Tower of Pisa, Niagara Falls, Victoria Falls, the ‘Welcome’ sign in Las Vegas, the London Eye, the Sky Tower in Auckland, the Prince’s Palace of Monaco and many others.

Niall Gibbons, CEO of Tourism Ireland, said: “More than 70 million people around the world claim links to the island of Ireland and St Patrick’s Day is a truly unique opportunity to reconnect them with their heritage. This year, in particular, we aim to bring some positivity and hope to our Diaspora across the globe. At a time when people living overseas cannot travel home, we want to shine a green light in as many locations around the world as possible, giving our Diaspora a sense of connection with home.”

Ambassador of Ireland to Kenya, Fionnuala Quinlan said: “We are honoured that the world-famous home of the Big Five is going green to mark St Patrick’s Day. Having the Masai Mara lit up in green is a very tangible sign of the strong bonds of friendship between Kenya and Ireland and our shared commitment to biodiversity and conservation. We also hope to encourage greater tourism and trade between our two countries.

“As in Ireland, tourism is the lifeblood to many communities in Kenya, including Narok where the world-famous Masai Mara is located. We are all too aware of the impact of Covid 19 on tourism and the difficulties this has posed for too many communities.

“We hope that the Greening of the Masai Mara will not only illuminate the great friendship between Ireland and Kenya and provide a point of cheer to the vibrant Irish community here, but help to raise further awareness of this amazing natural resource, home to the Big Five, in Ireland and around the world. I’d like to thank Governor Tunai and his team; Kenya Wildlife Services and all the team at the Masai Mara and in the Embassy of Ireland who made this possible.”

The Embassy of Ireland began Greening the Big Five in 2016, collaborating with key stakeholders to raise awareness of crucial efforts to protect endangered wildlife in Kenya. In 2016, the Embassy collaborated with Kenya Wildlife Services, to green Ahmed the iconic elephant at the National Museum. In 2017, a statue dedicated to Kyela and Lankeu, a mama and baby rhinoceros was greened at the Nairobi National Park. The Embassy greened a Lion statue made of recycled flip-flops in 2018 to bring attention to ocean waste and recycling initiatives. The statute of the Lion, named Taji, was donated to the Kenya Wildlife Service and now sits at the entrance to The Nairobi National Park. In 2019, a leopard statue named Chui was Greened. The statue, constructed entirely from scrap metal, was and made by a local artisan. Last year “Nyati” the buffalo constructed out of over 2000 recycled Tusker Malt glass bottles was unveiled in Collaboration with East African Breweries Limited.