Ireland's deepening relations with the Economic Community of West African States (ECOWAS) – a regional body comprised of 15 member states – reached a milestone last weekend with a high-level visit to the ECOWAS Parliament by Eamon Gilmore (Former Tánaiste/Minister for Foreign Affairs and currently the EU Special Envoy to the Colombian Peace Process). 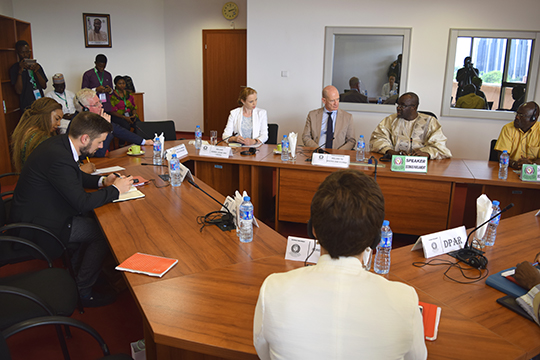 Mr. Gilmore delivered two engaging lectures at a meeting with the Committee on Political Affairs, Peace and Security and to a plenary session of the Parliament on May 19th and May 20th, 2017, respectively. The highly interactive sessions offered the parliamentarians an opportunity for knowledge sharing on peace building and conflict resolution largely based on the Northern Ireland and Colombian experiences and how these lessons can be transferred to ongoing conflicts in West Africa – a region which is prone to fragility. 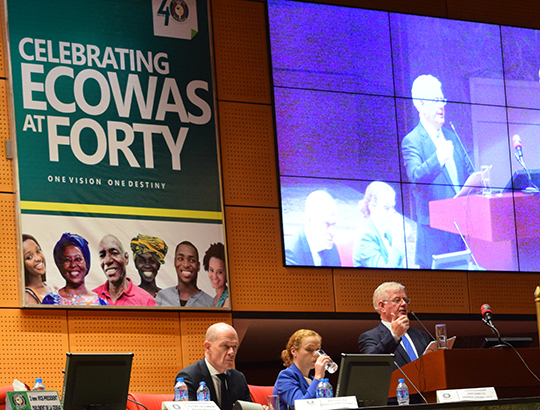