Minister for Patriots and Veterans Affairs Park, Sungchoon visited Ireland on 3 and 4 October to meet with Veterans and bereaved family members of those who fought in the Korean war under the United Nations command. On Friday 3 October Minister Park laid a wreath at the Irish National War Memorial at Islandbridge. 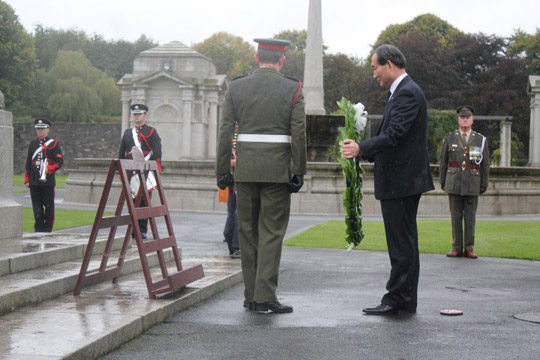