As of March 2016, the Ministry of Education Science and Technology (MEST) reports that 14,500 pregnant teenage girls country wide, are now attending the bridging education programme supported by DFID and Irish Aid. 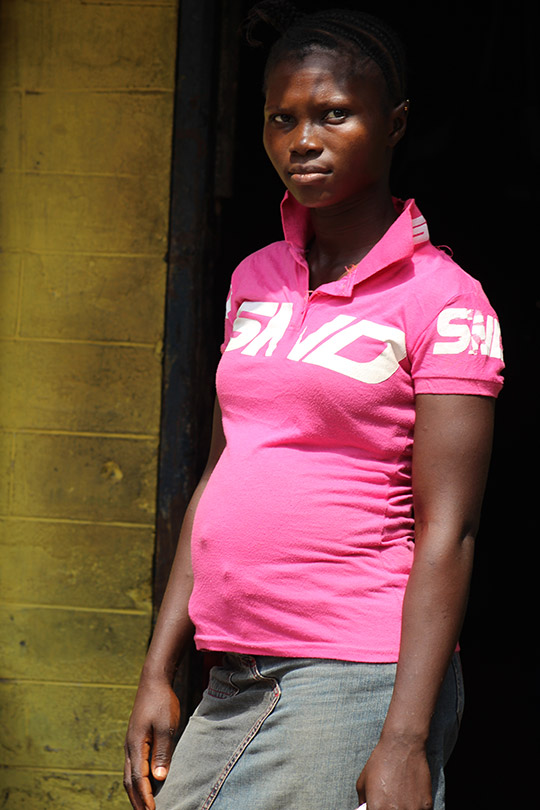 The Ministry also confirmed that 3,415 girls from this programme have gone back to mainstream school. This bridging programme was introduced to enable school girls who became pregnant during the Ebola outbreak in Sierra Leone to access formal education, so that they can keep up with their academic curriculum and return to the regular school system after delivery. Since April 2014, girls that have not been allowed to attend school or sit public exams when they become pregnant.

Teenage pregnancy rates were high in Sierra Leone even before Ebola, with almost 30% of all children in the country being born to teenage mothers. Survey reports show that there was an increase in teenage pregnancy during the Ebola outbreak in 2014/2015 in Sierra Leone. These are various reasons for this. For example, during this period, schools were closed down in adherence with the Ebola emergency regulations passed by the President to minimise the risk of further infection. Children were left all by themselves at home with little or no supervision from parents who were out working. This situation exacerbated the vulnerability of children, particularly teenage girls, as was one of the reasons why teenage pregnancy rates increased. Following the Ministry of Education's announcement that all teenage school girls who are visibly pregnant can neither attend school nor sit public exams, Irish Aid began working with the Government of Sierra Leone on this issue; resulting in the establishment of this bridging programme with support from Irish Aid, UK Aid, and 2 UN agencies: UNICEF and UNFPA.

When Irish Aid representatives visited the centres recently in the north of Sierra Leone, the girls expressed happiness and gratitude for the support provided to them, many saying that without it they would have been forced to drop out of school permanently.

Teenage pregnancy in Sierra Leone is a major obstacle to achieving gender equality and prevention is key. The Government of Sierra Leone, with support from development partners, has established a National Secretariat for the Reduction of Teenage Pregnancy. Apart from the bridging programme, Irish Aid supports a lot of work in Sierra Leone to prevent teenage pregnancy.