Ambassador David Cooney presented his credentials to Spain’s King Felipe VI at the Royal Palace in Madrid on Thursday 8 January. 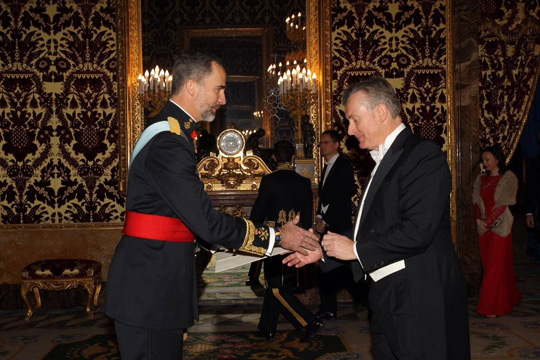 The Ambassador was escorted by Spain’s Royal Guard in a formal procession from the Foreign Ministry to the Royal Palace, where Amhrán na bhFiann was played by the band of the Royal Guards. There he presented his Letters of Credence to King Felipe VI accompanied by the Embassy’s diplomatic team. The Ambassador and the King were then joined by the Spanish Foreign Minister, José Manuel García Margallo, for a private audience to discuss the bilateral relationship between Ireland and Spain and issues of mutual interest on the international agenda. 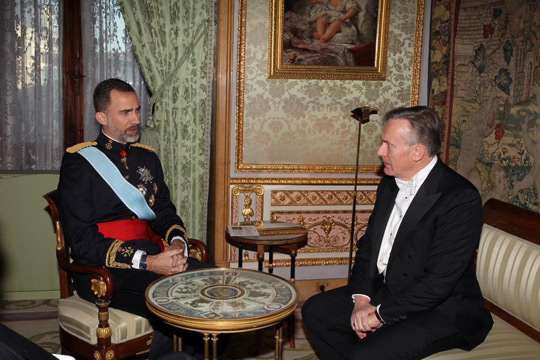