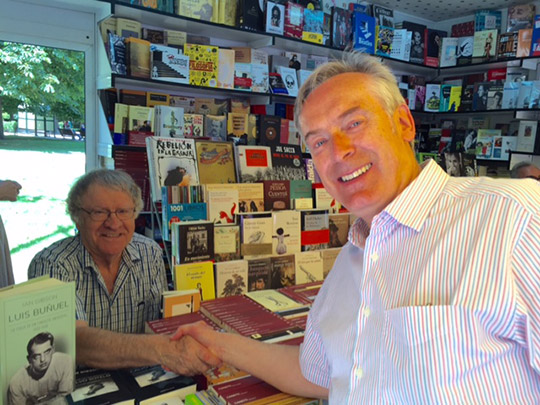 Ambassador Cooney joined a long queue of admirers at the Madrid Book Fair on Sunday to greet Ireland's best known hispanista, Ian Gibson. Ian has published numerous books over several decade, most of which have focused on the poet Federico García Lorca, who was murdered in the early days of the Spanish Civil War, and on other major artistic and political figures of nineteenth and twentieth century Spain. His latest work, El hombre que delató a García Lorca is just out and the Spanish language versions of several of his most important works covering the events and leading figures of the Civil War period have been republished to coincide with the 80th anniversary of the outbreak of the war. This can be found in bookshops and online.