The Embassy plays an important role in fostering the strong and close relationship between Ireland and Spain. 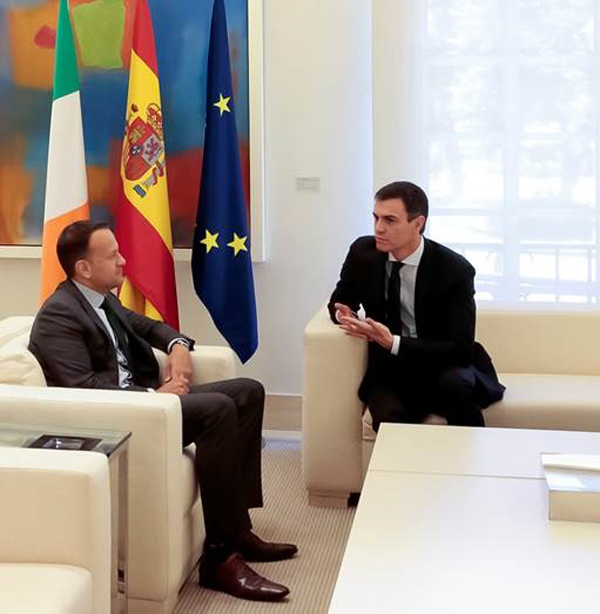 Both countries enjoy close historical bonds stretching back to prehistoric times, with many legends even suggesting that the first Celtic inhabitants of our island came from the Iberian Peninsula. These legends have been supported by some of the most recent research and archaeological evidence in both countries.

A constant flow of Irish visitors has continued ever since, from medieval pilgrims on the Camino de Santiago, through to the very many Irish who found refuge here in Spain in the sixteenth and seventeenth centuries. The many Irish Colleges founded during that period helped not only to preserve a distinct cultural identity, but also to facilitate Ireland's engagement with the wider world. Many of those educated here went on to pursue careers in Spain and throughout the Spanish-speaking world as merchants, mariners, administrators, governors, soldiers, academics and clergy.

The importance of educational links between Spain and Ireland remains as true today as it did in the past, with Spain serving as a hugely significant market for English Language students, with over 35,000 Spanish students visiting Ireland in any one year. The presence of such a large number of students is very important, for its direct impact on the Irish economy, and for the valuable reputational benefit that it brings to our country.

Beyond educational tourism, tourism more generally remains a crucial component of our relationship.  In 2017 there were approximately 2 million visits from Ireland to Spain while over 440,000 visitors travelled from Spain to Ireland, mainly for tourism.  It reflects the increased trade, tourism, education, personal links and connectivity between the two countries and means that Spain is now Ireland’s fifth overall market for tourism in terms of visitors.