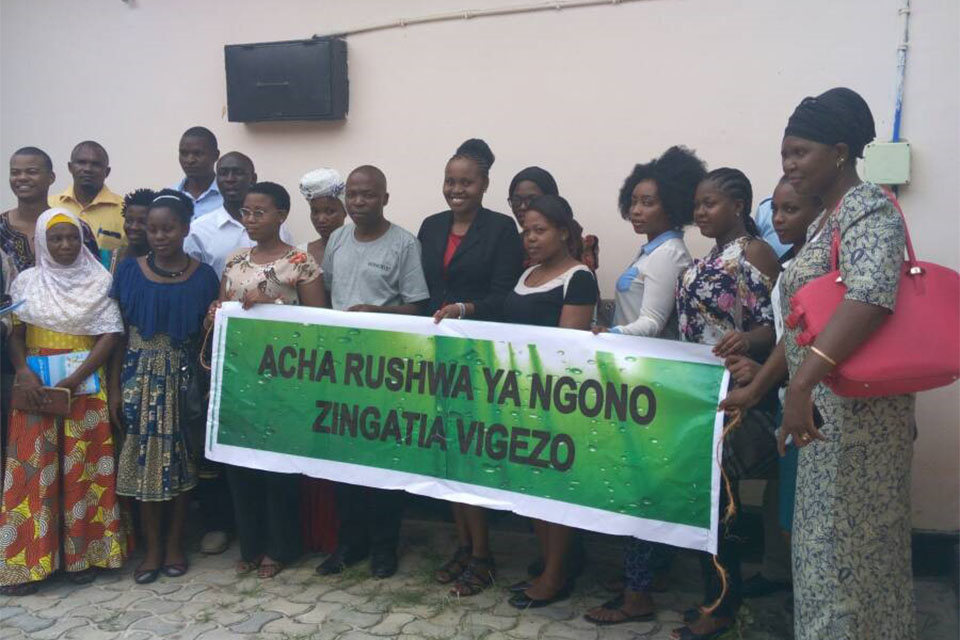 Female Genital Mutilation, which is a form of (sexual) violence for women affects 18 percent of the female population in Tanzania. In some ethnic groups FGM is compulsory, and in others a woman who has not undergone the ritual faces community ostracise and may be considered unfit to marry.  The practice endangers women and especially girls' lives, deprive them of their rights while denying them their ability to reach their full potential. The practice has serious health consequences, both physical and psychological. Attempts to eradicate the practice have not been successful over the past few decades.

Women Fund Tanzania (WFT) supports community initiatives to end these brutal acts. Within this context, under the Irish Aid funds, WFT funded in 2017/18, Kipunguni (Women) Farmers Association, a community based initiative at the outskirt of Dar es Salaam to raise awareness on violence against women and girls, including ending female genital mutilation and sexual violence (sextortion) issues. Ironically the practices have been taking place so close to the City of Dar es Salaam, in an urban setting in Kipunguni ward, an area much populated by the Kurya tribe usual practicing FGM secretly.

Kipunguni (Women) Farmers Association were supported to overcome the FGM challenge in their community through adoption of innovative strategies. These were focused on engaging the wider community and leaders in a mutually supportive approach that not only enabled them to engage in deeper debates and dialogues on how to address the issue, but more in bringing a wider sense of ownership. The following re part of the adopted interventions:

Continuous funding support from WFT to build up on the gains achieved during the past innovations. This will include: technical support to ongoing awareness raising interventions; linking key community actors, especially women and girls from the grassroots movement/s in Kipunguni and selected others with various national level learning platforms; dissemination of popularized booklets with key messages on FGM to grassroots movement/s in Kipunguni; continuous sensitization campaign to selected progressive local leaders, and other actors from the project area, while also supporting Kipunguni (Women) Farmers Association to grow institutionally for them to be able to support more victims of GBV/FGM through linking them to counselling and accessing of legal services through pro bono  services within Kipinguni or beyond (Dar es Salaam).