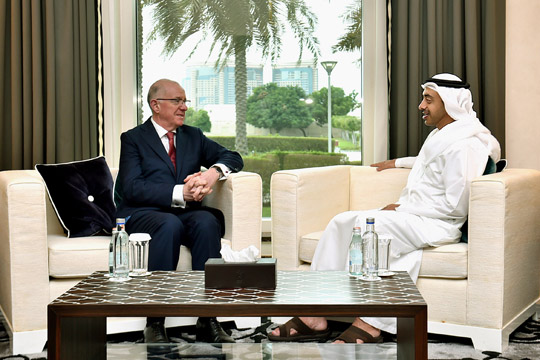 Minister Flanagan had meetings with Irish business leaders and members of the growing Irish community residing in the UAE.