Free Universal Primary Education is a benefit that Ugandan children cherish dearly.  The Ugandan Government, with the support of Irish Aid and other donors, provide this for all.  However ask a Ugandan child how they will afford secondary education and most will reply ‘with great difficulty’.  Finding the money for school fees is a constant challenge in a country where poverty is daily reality.

The Irish Aid Programme is helping to reduce poverty in Northern Uganda, a region which has been devastated by a 20-year war between the Ugandan Government and the Lord’s Resistance Army.  With the recovery now underway, secondary education has a crucial role to play in rebuilding human capacity in the region.  The Acholi Education Bursary Initiative provides access to free secondary education for war-affected children in Northern Uganda.  All of the children benefiting from the scheme have grown up in extreme poverty.  They have also suffered trauma, with stories of abduction and violence very common among them.  175 children are currently benefiting from the initiative and female applicants are particularly encouraged to apply.

With the help of Irish Aid funding, 175 children now have access to an education through the Acholi Education Bursary Initiative for war-affected children 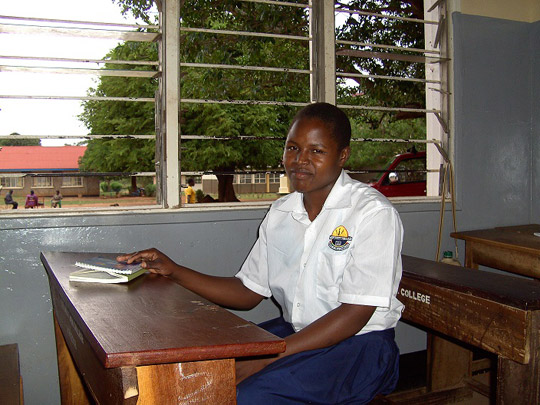 Agnes Auma is 16 years old.  In 2008, Agnes was awarded an Irish Aid bursary to attend secondary school.  Agnes remembers the day a neighbour brought news of the bursary. With no money for fees, she had been out of school for three months, so she was overjoyed and remembers dancing with happiness that whole day. Agnes is one of eight children and the only one from her family to reach secondary level.  The war was a difficult time for her family.  Her father was killed and her brother was abducted by rebels.  The bursary scheme provides her with school fees, a uniform, school supplies and basic necessities such as soap and toothpaste.  It also provides transport to visit home as well as psychosocial support such as career guidance and counselling.  When asked how this bursary has affected her life, Agnes replies that without it, like her siblings, she most certainly would not be in school.  This opportunity will help her to pursue her dream of becoming a doctor.  For that she is so thankful. 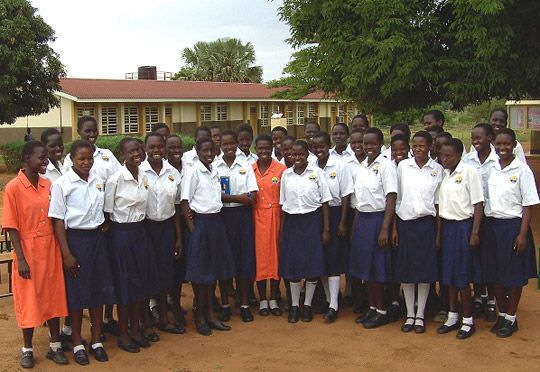 Samson Kisekka is 22 years old and has been a bursary recipient for two years.  Samson’s life was badly affected by the war. He was abducted by rebels from his parents’ home at the age of 14 and spent four months in captivity before escaping.  During the war his family were moved to a camp for internally displaced people.  However despite his hardship, Samson was determined to get an education.  Before being accepted for the bursary scheme, attending school was a challenge. Samson earned money from odd jobs but this was often too little and he had to drop out a number of times.  In 2008, Samson was awarded an Irish Aid bursary and now, with the security it provides, he can fulfil his dream of completing secondary school.  He feels his confidence has grown and that his dream of attending medical school may perhaps come true. 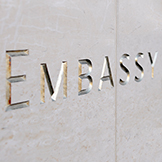