Remarks by the Taoiseach at Kennedy Center Opening, 17 May

Remarks by Taoiseach Enda Kenny TD at the Opening Gala of “Ireland 100” at the Kennedy Center, Washington DC. 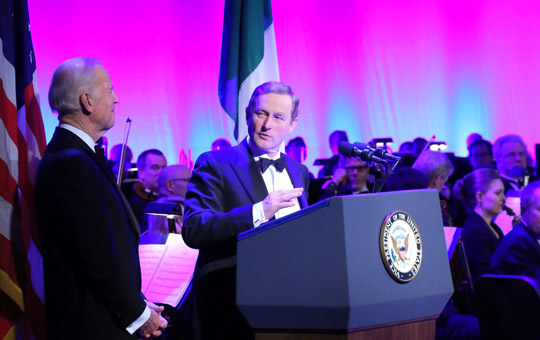 It is a pleasure to be back in Washington DC.

I’m particularly delighted to be here at the Kennedy Centre for the gala of Ireland 100.

Irish America – and indeed all those who aspire to be of its gene pool - can enjoy three weeks of the very best of our arts and culture.

As you know, I come here today as the leader of a new, Partnership government. A government unique in the history of our country.

Though of different political backgrounds, we are united in our ambition to have Ireland’s economy and society prosper. We want to put compassion and fairness at the heart of our policy.

We are also anxious to establish our arts and culture, not as an elegant add-on to what the marketers would call our ‘national offering’.

Rather we wish them to represent us, as the essence of who we are as a still-young Republic an ancient people.

The next three weeks at the Kennedy centre are not about entertainment per se.

Rather Ireland 100 gives audiences the chance to consider Ireland in its complexity in a strangeness that is inherent.

Increasingly we live in a world of spectacle one of instant reaction where our response is published to the world before we have time to absorb never mind reflect.

In any city, right here in Washington, we see visitors walking around with ipads held up in front of them.

Instead of living the moment they have outsourced their experience to a piece of technology.

Their action implying that for them the moment precious as it is, already over.

They are consigning the present to the past, making it something to be revisited at a technological remove before they have lived it in person.

I believe the arts particularly the Irish arts with their exquisite moments, have the capacity to bring us back inside ourselves.

Back into the dark where we can feel anguish grief joy.

Where we can regain that sense of self, the self that maybe through the roles we are forced to assume in life, to which we have become a stranger.

I believe it would be impossible to listen to Colm Toibin or Colum McCann or Ann Enright or Eavan Boland and not make that journey inward that difficult and sometimes disturbing trip 'home’.

Tonight we have with us a man who is an eminent Irish American and who in just a few weeks will be coming ‘home’ to Ireland. Vice President Joe Biden, you honour us with your presence tonight and we look forward to having you with us in Ireland. You’ll see that when we say cead mile failte, a hundred thousand welcomes, we aren’t kidding.

And it seems to work both ways because the welcome we have got here in Washington has been magnificent.

As magnificent, in fact, as the work and planning that went into making this event.

This evening then, I thank and warmly want to thank Helen Henderson, David and Alice Rubenstein and the many sponsors. I thank, too, Deborah Rutter and her team here at the Center. And of course I say a special thanks to all at our home-from-home at the Irish Embassy under Ambassador Anderson. The staff have worked so hard on this project for the last two years and I am delighted that it has come together so well.

Especially tonight, I want to thank Fiona Shaw, one of Ireland’s most distinguished actors and directors. Fiona Shaw will direct tonight’s performance and will also serve as the festival’s artist in residence.

This, as you know, is the centrepiece of our celebrations in the U.S. to commemorate the hundredth anniversary of the Easter Rising 1916. It is appropriate that our global programme to commemorate this centenary should focus on America since our Proclamation of Republic our independence drew so deeply on your Declaration. The Proclamation cites “our exiled children in America”. Those same children being the grandparents and greatgrandparents of many here tonight including the Kennedy family itself.

Five of the seven signatories of the Proclamation had spent periods of time - considerable periods in some cases - here in the United States. It is an honour to be here as America commemorates their sacrifice and celebrates the freedom and story of Ireland over the last 100 years. We are commemorating not just their sacrifice for Irish freedom but the story of Ireland over the past one hundred years.

A month before he died, President Kennedy went to Amherst College, to receive an honorary degree and to honour Robert Frost, who had honoured him by reciting at his inauguration. President Kennedy told his audience;

“I see little of more importance to the future of our country and our civilisation than full recognition of the artist”.

When it comes to Ireland, I agree.

Our gala tonight features some of the very best of those artists.

I know they will amaze.

Thank you for celebrating with us.

Thank you for your friendship.

I wish all of you and Ireland 100 every success. 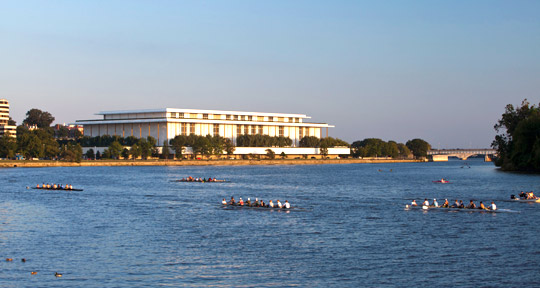