The US Vice President, Joe Biden recently spent six days in Ireland from 21 to 26 June 2016. This visit was a particularly personal one for the Vice President as it was an opportunity for him to trace his family roots as he is the descendant of Irish emigrants who emigrated to the United States during the Great Famine.

On arrival in Dublin on Tuesday 21 June, Vice President Biden was greeted by Taoiseach Enda Kenny at Government Buildings where they had a bilateral meeting. Following bilateral discussions, the Taoiseach gifted the Vice President a hurley and sliotar. 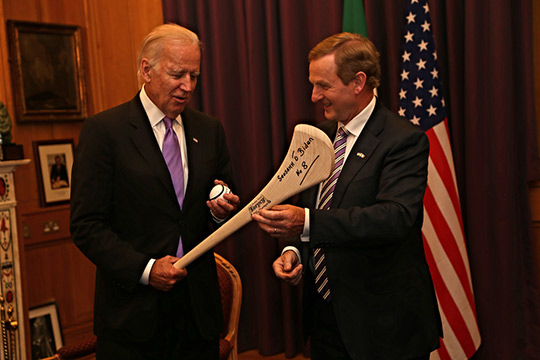 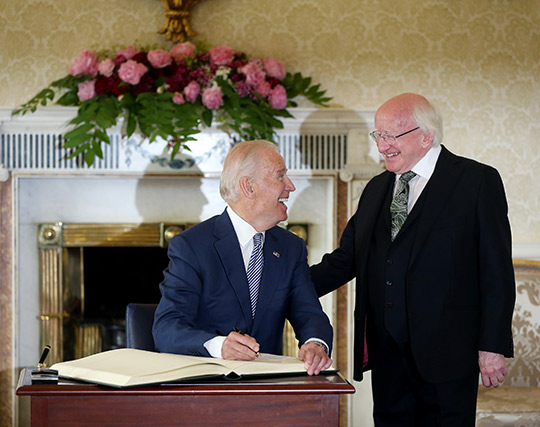 A particular highlight of Vice President Biden’s trip was his visit to Trinity College, where he was awarded an honorary doctorate in law for his contribution to international politics. When speaking to the graduating class of 2016, Vice President Biden remarked that he was “overwhelmed by the hospitality of the people of Ireland” and instructed the graduates to “go and do good.” That same day, Vice President Biden addressed cheering crowds outside Dublin Castle where he talked about the positive assets immigrants brings to their new homes and his personal experiences as an Irish-American. 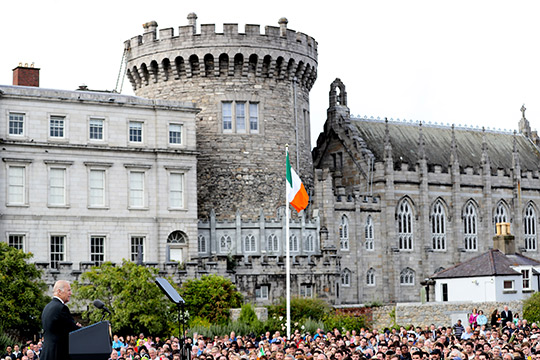 When discussing his and President Barack Obama’s Irish ancestors, he asked the crowd, “could they ever have dreamt…that 160 years later, two great-grandsons of shoemakers from Ireland would be sworn in as president and vice president of the United States?” He cautioned the Irish and international community against anti-immigrant sentiments and highlighted the optimism and spirit that immigrants can bring their new homes while still honouring their roots. This theme was present throughout Vice President Biden’s entire trip, especially when he visited his great-great-grandfather’s grave in Louth. 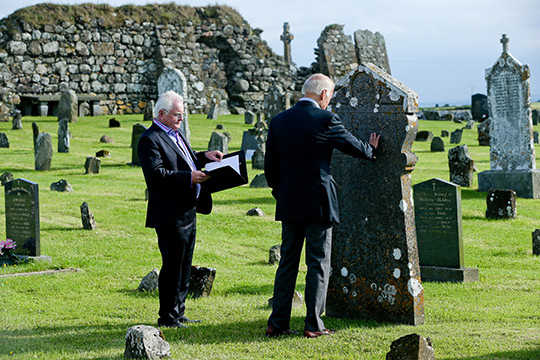