The spectacular festival Ireland 100: Celebrating a Century of Irish Arts and Culture, which was the culmination of more than two years of planning and collaboration between the Embassy and the John F Kennedy Center for the Performing Arts, recently concluded in Washington DC. 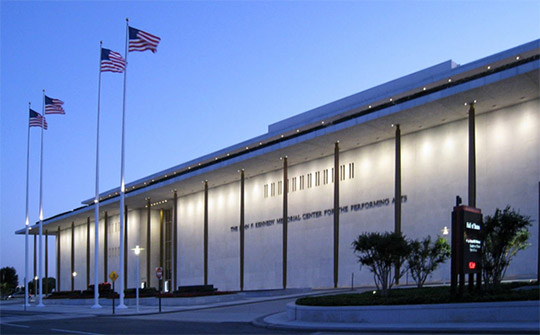 The Embassy was honoured and delighted to partner with the Kennedy Center to deliver a festival which featured dozens of musical, theatrical, literary, culinary and dance acts and installations that spanned the breadth of Irish arts over the past century from a modern staging of Sean O'Casey's The Plough and the Stars, to a score of Tiny Plays for Ireland and America, to the ethereal sounds of the world's largest string instrument, the Earth Harp.

The Opening Performance of the Festival took place on May 17, 2016. Hosted by award-winning actor and Ireland 100 Festival Artist-in-Residence Fiona Shaw, the Opening provided a sampling of performances from across the three weeks of the Festival. Vice President Joe Biden, himself proudly descended from Irish immigrants, welcomed the nearly 2,000 "fellow lovers of Ireland and Irishmen and Irishwomen" while Taoiseach Enda Kenny spoke of the Irish arts and their remarkable capacity to "bring us back inside ourselves". 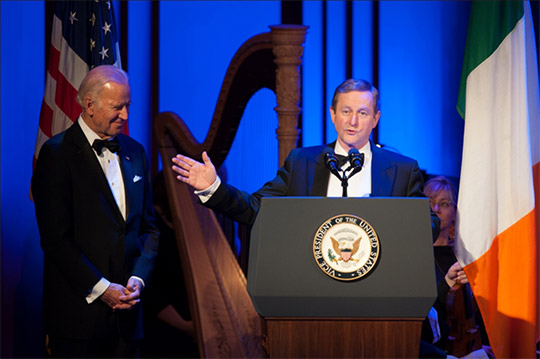 Theatre performances included a modern retelling of the classic play The Plough and the Stars from the Abbey Theatre, set during the 1916 Rising but with contemporary staging; Pan Pan Theatre's All That Fall, an abstract interpretation of Samuel Beckett's first radio play; Riverrun, a one-woman show from Olwen Fouere which gives voice to the River Liffey in James Joyce's Finnegans Wake; and Tiny Plays for Ireland and America, a series of short one-act plays exploring life in the two countries.

Among the dance performances were a multidisciplinary solo show, Out of Time, from Colin Dunne; the legendary Jean Butler's physical exploration fo her relationship with music, This is an Irish dance; and several local Irish dance schools which performed to huge crowds on the Millennium Stage and in the Outdoor Green Space.

The festival showcased an abundance of Irish musical talent, including Camerata Ireland, the harmony North Chior and the Codetta chamber choir as part of a cross-border music based project; world-class opera singers Tara Erraught and Irish tenor Anthony Kearns; the dynamic vocalist Camille O'Sullivan; William Close and the Earth Harp Collective playing the world's largest string instrument; and Irish music supergroup The Gloaming, whose combination of modern and traditional music electrified the full house to which they performed. Featured on the Millennium Stage and Outdoor green Space were dozens of regional Irish musicians who varied from Celtic rock to more traditional fiddles.

We were delighted that the year-long anniversary of John F. Kennedy's 100th birthday was launched during the festival, a fitting tribute to the late President's proud Irish heritage. Among those in attendance were Ambassador Anne Anderson; Dr. Buzz. Aldrin, astronaut; Carrie Hessler-Radelet, Director of the Peace Corps, and President Kennedy's grandson, Jack Kennedy Schlossberg. Ambassador Anderson commented that Kennedy "loved Ireland beyond any other country, except his own, and Ireland loved and cherished him in return." 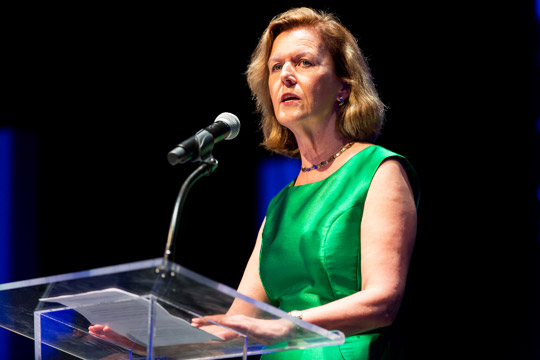 We would like to convey a huge thanks to all the sponsors, partners and volunteers who helped to ensure that the Festival was such a resounding success with over 50 performances, over 500 artists and an audience well in excess of 20,000!