UNESCO 2003 Convention for the Safeguarding of the Intangible Cultural Heritage

In December 2015, Ireland ratified the UNESCO 2003 Convention for the Safeguarding of the Intangible Cultural Heritage (ICH), which aims to safeguard, appreciate and raise awareness of intangible cultural heritage while also providing for international cooperation and assistance in this area. 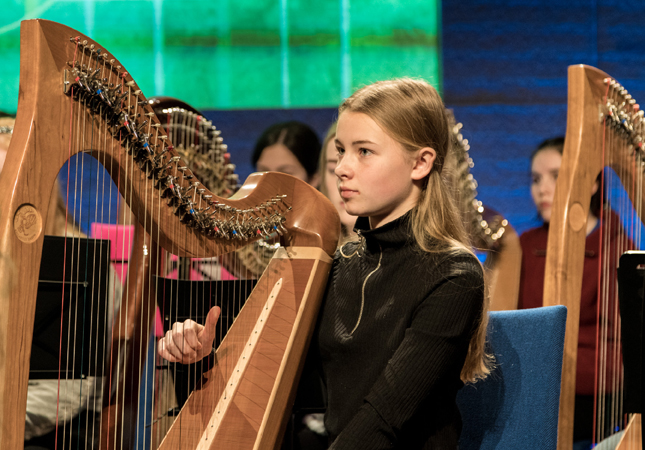 • Knowledge and practices concerning nature and the universe; and

To date, Ireland has also been successful in having three elements of our living heritage inscribed on the UNESCO Representative List of the Intangible Cultural Heritage of Humanity; Uilleann Piping in 2017, Hurling in 2018 and Irish Harping in 2019.

By achieving international recognition of these practices, the application process for which was progressed in close cooperation with the communities concerned, their safeguarding is supported for future generations. It also serves to acknowledge and celebrate the work of the generations who have kept these traditions alive and provides a wonderful opportunity to share these cherished aspects of Irish culture with others, while also highlighting the importance of and reinforcing Ireland's engagement with UNESCO.

This distinctive Irish musical art form, often referred to as “The Sound of Ireland”, was recognised at the 12th Session of the UNESCO Intergovernmental Committee for the Safeguarding of Intangible Cultural Heritage in December 2017. The Uilleann Pipes are a sophisticated instrument, offering more musical possibilities than any other type of bagpipe in the world. They originate from an instrument known as “The Irish Pipes” which were introduced in the 1740’s. The Uilleann Pipes saw a decline in the 19th century before their successful revival in the 20th century. Today, Uilleann Pipes are celebrated in 50 countries across all continents. Over three thousand Uilleann Pipers spread the Irish tradition around the world by playing music on this uniquely Irish instrument.

Hurling was the second Irish inscription on the list. It was approved at the 13th session of the UNESCO Intergovernmental Committee for the Safeguarding of the Intangible Cultural Heritage in November 2018. Hurling is known as the fastest game on grass and is one of the most skilful sports in the world. One of Ireland’s oldest traditions, the game has been played for over 3,000 years. Today, Gaelic games, including Hurling and camogie, are played on every continent. UNESCO’s recognition of the sport acknowledges its unique cultural significance and its proud place at the heart of Irish society.

Ireland’s latest inscription on the UNESCO Intangible Cultural Heritage List was approved at the 14th Session of the Intergovernmental Committee for the Safeguarding of Intangible Cultural Heritage in December 2019. The harp is Ireland’s national symbol and has been played for more than 1,000 years. The ancient tradition of harping was once almost lost completely, but saw a revival during the 19th century where Irish harp and harper metaphors were used in contemporary literature and song to address social injustices. Harping is at its most popular level in Ireland since the decline of the tradition over two hundred years ago. Young Irish harpers are coming more and more to the fore, bringing new life to the tradition and ensuring its bright future. This recognition by UNESCO of Irish Harping is a huge achievement for Irish culture as it will draw global attention to this tradition and help to sustain its valuable role within our culture.

In addition, and as part of the implementation the Convention, State Parties are required to maintain inventories of living heritage present in their territories. In order to develop Ireland’s National Inventory of Intangible Cultural Heritage, an open call for expressions of interest was held and over 80 submissions were received in response.

The Department of Tourism, Culture, Arts, Gaeltacht, Sport and Media in Ireland continues to receive submissions on a rolling basis, which are assessed by an Expert Advisory Committee with recommendations from the Committee sent to the Minister for final approval. Further details can be found on Ireland’s National Inventory website.