In September of 1923 the Irish Free State joined the League of Nations. Whenever suggestions are made that Ireland has only gained its confidence in recent years, we should reflect on this moment in 1923 when a delegation at the highest level, including those pictured, attended the League  led by Minister for External Affairs Desmond FitzGerald and President of the Executive Council, WT Cosgrave. It was a mark of true confidence and optimism, at such an early point in the evolution of our statehood, to reach out and join the League of Nations.  It was also, of course, a demonstration of our belief in the equality of all states and in liberal internationalism.

This path had been set even earlier, with a vote by the first Dáil in April 1919 to seek membership. The League had been founded at the conclusion of World War 1 as an intergovernmental organisation with the ambitious objective to maintain peace through collective security, disarmament and the peaceful settlement of international disputes. While a creature of its time, it also included progressive standards on labour conditions, treatment of minorities and so on. Many of its principles, as well as the agencies and organisations forming part of the League, live on today in the United Nations.

It would be a mistake to see our presence at the League in Geneva as simply that of staking a further claim to statehood.  From the earliest days, we engaged on substance and, we did so on a principled basis, with a deep commitment to multilateralism and the rule of law.  This was recognised by partners and was acknowledged by Ireland’s successful election to the Council of the League for a 3 year term in 1930. 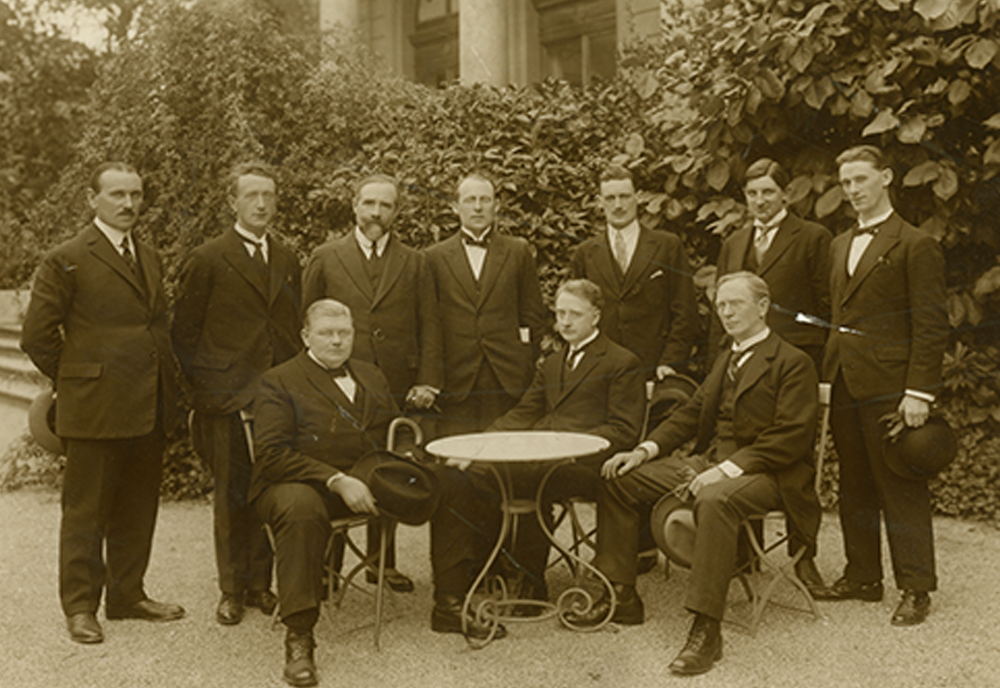 Membership of the League and representation at its seat here in Geneva, also gave Ireland the opportunity to engage at a diplomatic level with a far greater number of states than would otherwise have been the case. As it happens, 1923 was also the year Sean Lester joined the Department – by 1929 he was Ireland’s Representative to the League and ultimately became its Secretary General, its last as it turned out. At a time when our earliest diplomatic missions were confined to Western Europe and North America, our Mission in Geneva interacted regularly with the Missions of all member states of the League of Nations, the total of which would grow to a high point of 58 prior to the League’s dissolution and subsequent replacement by the United Nations.

This activity remains true today with all 193 states of the United Nations. While in the intervening years our diplomatic footprint has grown considerably, the UN in New York,  Geneva and elsewhere offers us daily opportunities to engage actively and in depth with states from all regions, including those where we do not have resident Embassies.

And so that first step of joining the League of Nations in 1923 and the decision to take a principled, independent approach in multilateral affairs continues to find expression in Irish foreign policy today.  As our team walks the same halls of the Palais des Nations in Geneva, those same objectives and values inform our everyday work- a commitment to multilateralism, peaceful settlement of disputes, disarmament, human rights and the rule of law.

Patricia O’Brien is currently the Ambassador of Ireland to the United Nations and other International Organisations in Geneva. From August 2008 to September 2013, she was Legal Counsel and Under-Secretary-General for Legal Affairs of the United Nations. She previously served as Legal Adviser to the Department of Foreign Affairs of Ireland, Senior Legal Adviser to the Attorney General of Ireland and Ireland’s Legal Counsellor to the European Union in Brussels. Earlier in her career Ms. O’Brien practiced law at the Irish Bar and at the Bar of British Columbia, Canada. She held academic positions at the University of British Columbia, Canada. Ms. O’Brien earned her law degrees in Trinity College, Dublin, the Kings Inns, Dublin, and the University of Ottawa, Canada. She is a member of the Irish Bar and of the Bar of England and Wales. She is a Fellow of the Society for Advanced Legal Studies, London and a Fellow of the Foreign Policy Association (US). She is Vice-President of the Dublin University Law Society, a Master of the Bench of the Middle Temple, London and an Honorary Bencher of the Kings Inns, Dublin.