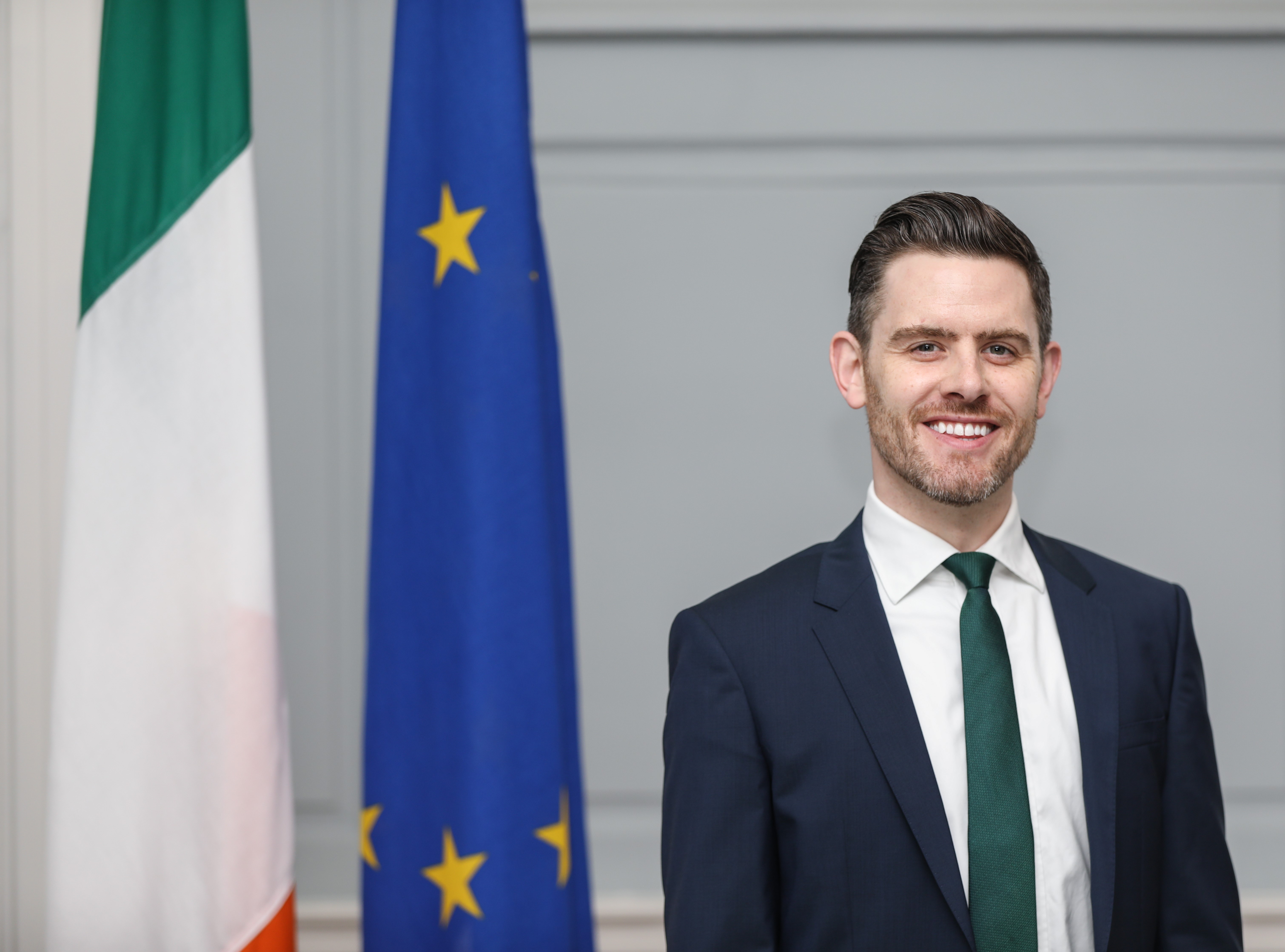 I am delighted to have taken up duty as Ireland’s Consul General here in Chicago and welcome you to the website of the Consulate General. I hope you will find the information here to be useful and informative. In addition to providing information on the services provided by the Consulate such as applying for Irish passports and visas, it is also a source of information on Ireland and, of course, on the many links between Ireland and the United States.

Kevin Byrne was appointed Consul General to the Midwestern United States in September 2020.

He joined the Irish Department of Foreign Affairs in 2010 and has served in EU Division, Corporate Services, and in Ireland’s Consulate in San Francisco. He also worked in the Department of the Taoiseach – Prime Minister – where he planned Ireland's successful 2013 Presidency of the European Union. Prior to taking up post in Chicago, Kevin was secretary to the Management Board of the Department and policy liaison with Áras an Uachtaráin – the office of the President.

Before joining the foreign service, Kevin worked in the European institutions in Brussels, the think tank sector in London, and taught in France and Japan.

He is a graduate of Trinity College Dublin, the London School of Economics, and a Naughton scholar. Kevin is married to his husband, Aristotle.

From his base in Chicago – a city with a strong Irish heritage - Kevin along with the Consulate team will be working to promote Ireland and Irish interests in the region and to further strengthen the links between Ireland and the Midwest.