The Minister for Business and Employment, Ged Nash TD was in Chicago from 1-3 October to lead a design feasibility study and launch an exhibition of Irish architecture at the inaugural Chicago Architecture Biennial. The visit was organised as part of Irish Design 2015 (ID2015), the year-long initiative backed by the Irish government exploring, promoting and celebrating Irish design throughout Ireland and internationally. 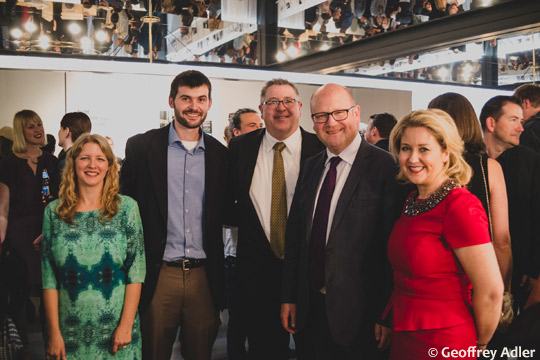 The purpose of the visit was to explore opportunities and challenges that exist in the Midwest and to promote Ireland as a source of innovative design products and services. The Minister’s programme included a number of meetings to showcase the capability and calibre of Enterprise Ireland client companies doing business in the Midwest.

Speaking about the study, Minister Nash said: “The Midwest is a vibrant region, which has a strong heritage of Irish influence and is a target area for the future growth of Irish companies. The primary purpose of the study is to explore further opportunities for Irish companies to do business in the Midwest region in order to increase exports to the US. We also want to encourage deeper trade partnerships by promoting Ireland as a great country to do business.” 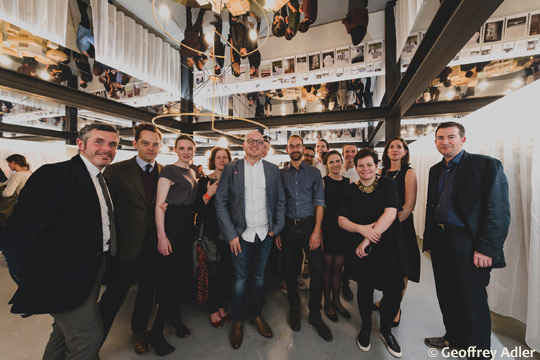 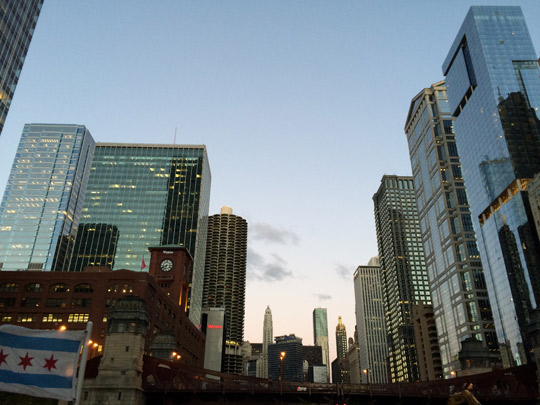 Presented by ID2015 in partnership with Chicago Design Museum, this flagship exhibition of Irish architecture and the built environment is a key element of the year long ID2015 programme. It takes the form of a series of presentations of the work of emerging Irish practices in high-profile venues around the world.

Commenting on New Horizon_architecture, Minister Nash said: "The aim of ID2015 is to bring visibility to Ireland’s dynamic design businesses, supporting them in trading in competitive foreign markets and ultimately creating jobs at home. New Horizon_architecture from Ireland offers a unique opportunity to promote emerging Irish practices working in the architecture and built environment space to discerning audiences around the world. Following New Horizon’s presence at the London Festival of Architecture in June, this instalment at Chicago Architecture Biennial and a further presence at the Hong Kong/Shenzhen Bi-City Biennale of Urbanism/Architecture later this year will be instrumental in positioning design at the heart of our creative economy and in growing Ireland’s reputation abroad for world class design and innovation.”

New Horizon_architecture from Ireland has been curated by Raymund Ryan, Curator, Heinz Architectural Center, Pittsburgh and Nathalie Weadick, Director, Irish Architecture Foundation and Built Environment Advisor to ID2015. The Chicago presentation will be on show at the Chicago Design Museum until January 3rd 2016 and showcases the work of three practices - A2 Architects (Peter Carroll and Caomhán Murphy), GKMP Architects (Grace Keeley and Michael Pike), and Ryan W. Kennihan Architects - for the first time in Chicago.

Karen Hennessy, Chief Executive of Irish Design 2015 said: "We are delighted to be conducting this strategically important design feasibility study during such a pivotal year for the Irish design. Through the ID2015 initiative, we are showcasing the work of Irish designers around the world, developing commercial opportunities and establishing strategic partnerships for the ongoing development of this vibrant sector. We are particularly honoured to be part of the very first Chicago Architecture Biennial, partnering with the Chicago Design Museum in promoting Irish businesses working in the architecture and built environment space as one of the highlights of the ID2015 programme and look forward to seeing opportunities unfold from our participation in such a high profile event.” 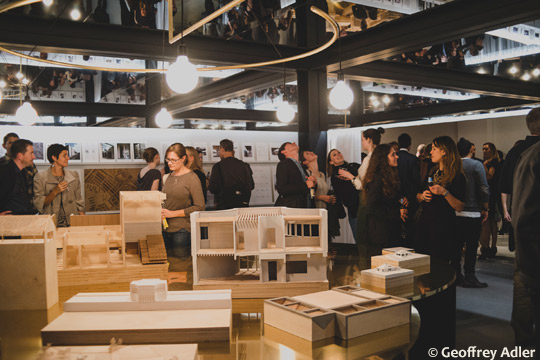