The Consulate marked the centenary of Ireland's 1916 Easter Rising with its biggest event of the year at the prestigious Chicago Cultural Center, featuring a historical investigation of the Rising and a performance of Irish songs. 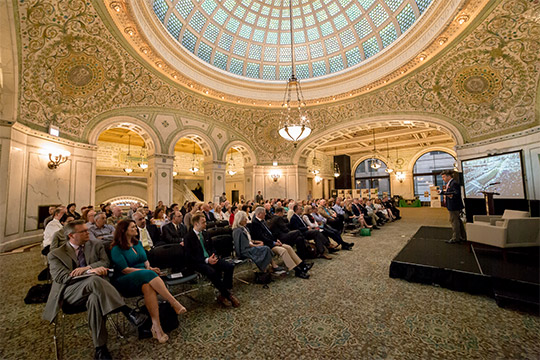 This was the largest event of the year for the Consulate, working in close cooperation with the Irish Georgian Society, Ireland Network Chicago and many other important civic, business, and cultural organizations.

In her opening remarks, Consul General Orla McBreen, traced her own familial links to the Easter Rising and WWI, and encouraged others attending to explore their own personal connections to the historic events of 1916 both in Ireland and further afield. Speaking in both English and Irish, Consul General McBreen thanked the attendees and the Consulate's partners, and spoke of the enduring links between Ireland and America, and with Chicago in particular. 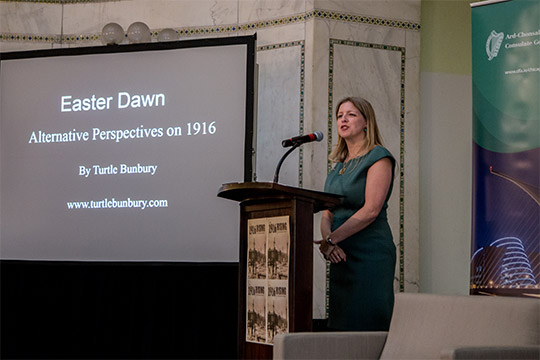 Chicago Mayor Rahm Emanuel sent warm wishes to the cultural event, emphasizing the Irish community's vital role in Chicago's history, as well as the important relationship Chicago has with its sister city, Galway. Illinois Governor Bruce Rauner also wished the event well, reflecting on "the past successes" and "future plans" of Irish-American relations.

The Consul General's remarks were followed by a musical performance by renowned Irish soprano Máire O'Brien accompanied by pianist Mark Riggleman, who played a number of Irish songs inspired by Ireland's historical struggle for independence and offered anecdotes on their composition and historical significance.

The main event of the evening was a lively presentation on the roots of the Easter Rising by award-winning historian Turtle Bunbury, author of "Easter Dawn" who highlighted the personal stories of those involved in the Rising. Bunbury's nuanced perspective on the upheaval was punctuated with humor and pathos. His account stressed the long-term causes of the Easter Rising and the crucial role that Irish-Americans played in its planning and execution.

Attendants were given a chance to engage in a Q&A session with Turtle Bunbury and DePaul Irish Studies Professor, Mary McCain, who lent her expertise to the discussion. The two scholars examined not only the Rising itself, but gave long overdue attention to the role that women had played in the cause for Irish independence. Audience members inquired about the contested legacies of many involved in the Easter Rising, as well as their own ancestors' participation in the event. 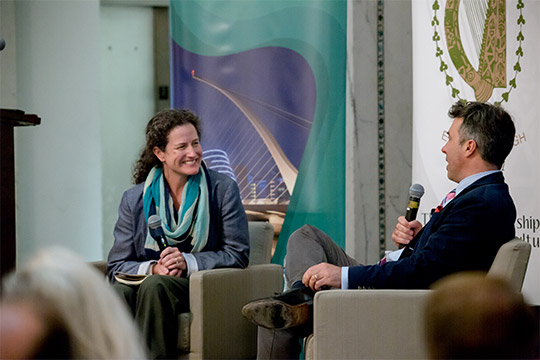 Consul General McBreen would like to thank everyone who helped ensure such a successful and memorable event. In particular, the Consul General wishes to convey her warm appreciation to the Irish Fellowship Club of Chicago, Irish Georgian Society, Ocean Cut Chicago, Ireland Network Chicago and the other civic, business, and cultural organizations without whose partnership and support the event would not have been possible. The Consulate also thanks out sponsors for the event: Hyde Whiskey, O'Hara's, Coconutz Restaurants, Ornua North America, Kerrygold, Revolution Brewing Co. and Chicago Beverage. 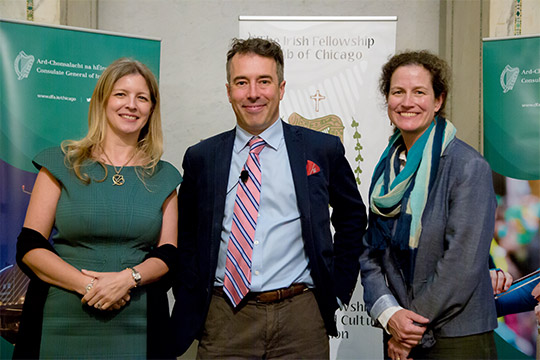