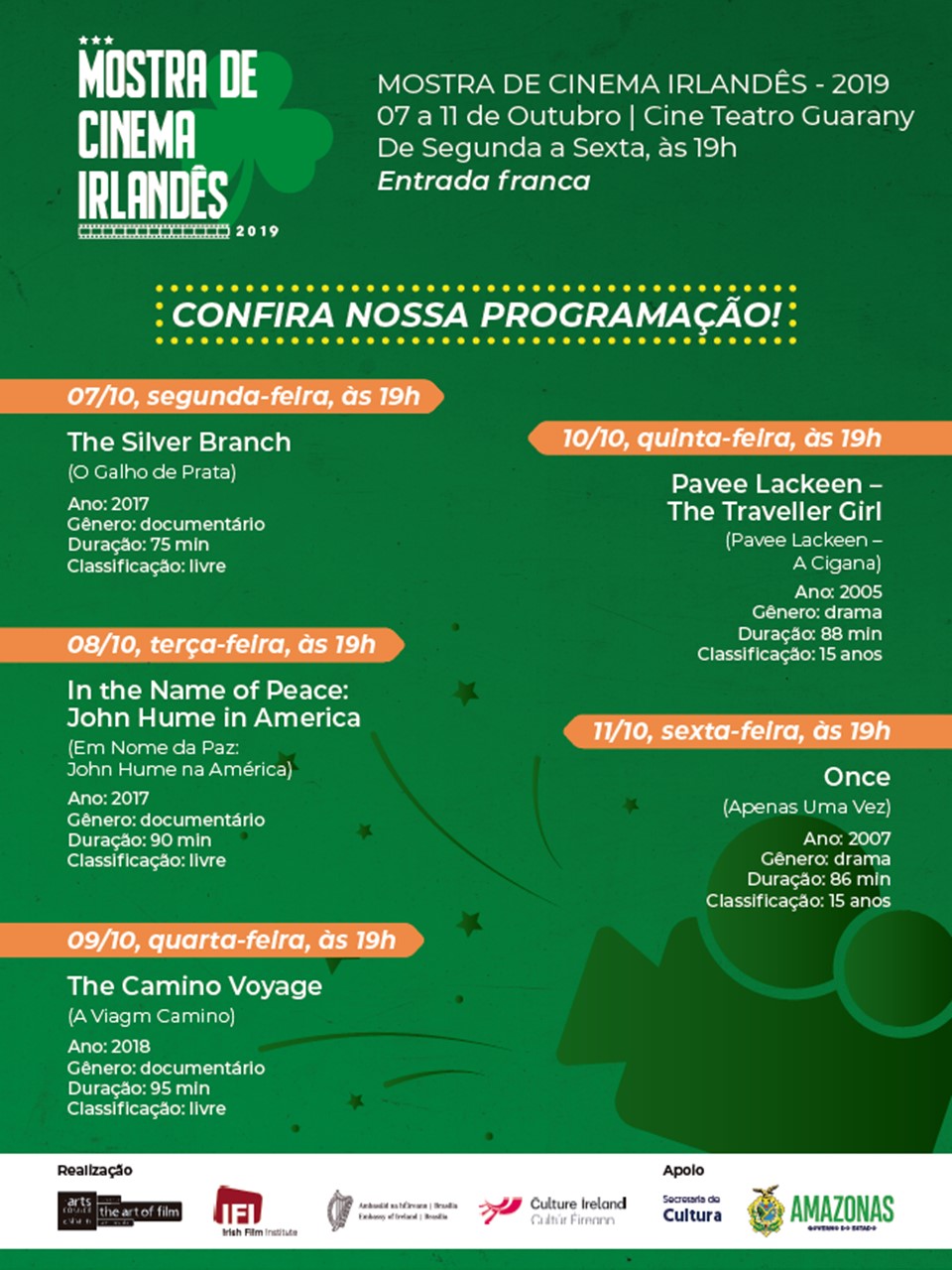 Entry to the cinema is free.

The Embassy is very grateful for the support of the Amazonas State Secretariat of Culture for their support in hosting the film festival.

Launch of the #Ulysses100 Through Brazilian Eyes Competition

The Embassy of Ireland in Brazil and Consulate-General of Ireland in São Paulo have opened a competition to select 18 students across Brazil to create murals in celebration of the centenary of James Joyce’s “Ulysses”.

The Embassy of Ireland in Brasilia is sponsoring an Irish film festival in Manaus, Brazil 7-11 October 2019.

Ambassador Seán Hoy presented credentials as Non-Resident Ambassador of Ireland to the Co-operative Republic of Guyana.

Ambassador Hoy writes about his recent visit to Pacaraima, where Venezuelan migrants are processed for entry to Brazil

The 2019 Government of Ireland Scholarship programme is now open for applications.