The Croatian National Bank (HNB) hosted the 10th Annual Ante Čičin-Šain memorial lecture on Monday 7 December in Zagreb. The late Dr Ante Čičin-Šain (1935 – 2008) was a distinguished economist who served as the first Governor of the HNB and also as Ambassador of the Republic of Croatia to Ireland from 1993 to 1997. He subsequently became the Honorary Consul of Ireland to the Republic of Croatia. He was instrumental in establishing links between the Central Bank of Ireland (CBI) and HNB. 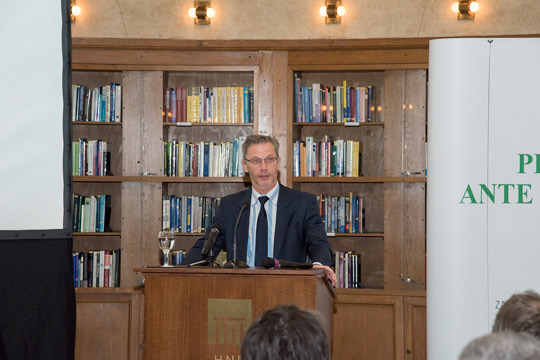 The CBI and HNB in conjunction with the Irish Croatian Business Association established an annual lecture to commemorate Dr Čičin-Šain. The aim of the lectures was to provide an annual focus for discussion and contact between Ireland and Croatia on matters of economic interest, as well as marking Dr Čičin-Šain's unique contribution to furthering relations between the two countries.

The 10th Annual lecture was introduced by the Governor of the HNB, Dr Boris Vujčić. The lecture saw presentations by Dr Dimitar Bogov, Governor, National Bank of the Republic of Macedonia and by Mr Velimir Šonje, a leading Croatian economic analyst. 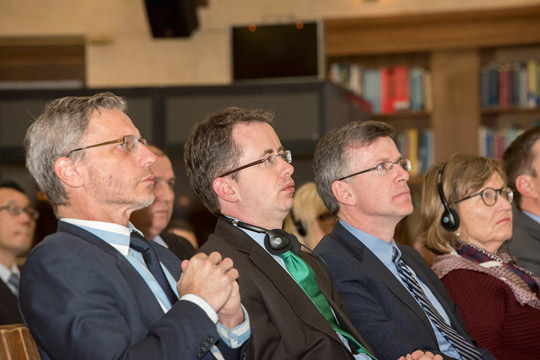 The lecture took place in the headquarters of the HNB. Among those in attendance were Ambassador Harrington and the Honorary Consul of Ireland, Mr Emil Tedeschi. 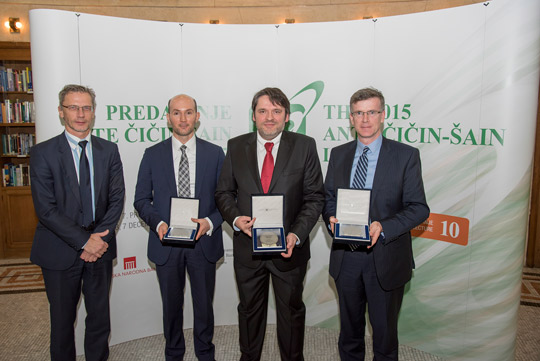