Croatia’s Algebra and Ireland’s Griffith College recently signed a co-operation agreement that will see the two institutions of higher learning embark on the first-ever students exchange of its kind in Croatia. 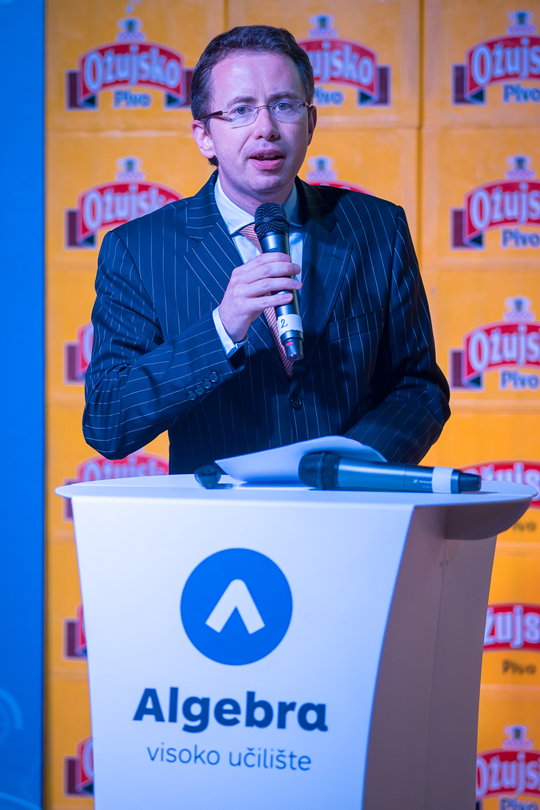 The agreement will allow Croatian multi-media and computer students to complete two years at Zagreb’s Algebra before moving to Dublin’s Griffith College for the third and final year of their studies. The arrangement will allow students to get valuable international experience, but also to receive diplomas that will be valid in both Croatia and Ireland. The arrangement is one of the first examples of the Bologna process in Croatian tertiary education.

The two institutions organised a presentation in Zagreb on 12 November to celebrate this new agreement. The discussion focused on “How Ireland succeeded in implementing its ICT/digital strategy and how to be a part of it”. Ireland has a great deal of experience to share in this field and the Croatian hosts were eager to hear what the Irish representatives – Ireland’s Ambassador to Croatia, Tim Harrington, and the Head of Academic Programmes at Griffith, Mr Eamonn Nolan, – had to say. The structural changes, including those in education, which enhanced Ireland’s competitiveness and made it more attractive for investors, were of most interest to the audience.

Ambassador Tim Harrington mentioned that nine of the world’s top 10 software companies were in Ireland, that Ireland’s economic growth was better than 6% and unemployment was under 10%, but his focus was on the aforementioned structural changes. Ambassador Harrington stated that education brought about the potential of sustainable growth and development, and the creation of a positive atmosphere for business and a competitive market.

"Ireland’s transformation is not the result only of EU membership, but due to great efforts in the development of higher education which saw Ireland have one of the highest third level participation rates in the world”, said Ambassador Harrington. “Behind that process was careful planning – there were no magical shortcuts – which is why there is now such a great potential for synergy between Croatian and Irish ICT companies. I am convinced that this co-operation is just the first between Ireland and Croatia in the area of higher education”, he added.

“A number of factors contributed to Ireland’s status as one of the countries with the most international students. The strategy of the Government made our country an attractive destination for higher education”, said Mr Nolan, who added in combination with the citizens in higher education and the presence of world “players”, opportunities have opened up for students.

Mr Nolan also noted that "Internationalisation of education is being felt at Griffith, where 25% of our 8,000 students are internationals. I believe that Ireland has tied together three main factors in higher education – institutions which educate people for the needs of the workforce, the economy and the aims of the government, which brings the strategy for the development of the country. I am very pleased that we have succeeded in this part of Europe to find such a quality partner as Algebra, whose programme is completely compatible with ours and allows such a simple continuity for the students”.