IWCZ Christmas Bazaar in Zagreb was a success

The Irish table was once again one of the more popular of the 46 "country tables" at the annual Christmas Bazaar organised by the International Women's Club Zagreb (IWCZ) on Sunday, 6 December at the City's Fairgrounds. The event, which is the IWCZ's trademark fundraising event, was attended by more than 7000 Croatians and internationals. The Christmas Bazaar raised funds for two mental health facilities in Croatia.

Ambassador Tim Harrington and his family were joined by friendly Irish and Croatian folks --including Zagreb's Mayor Milan Bandić -- at the Irish table which had plenty of good food and drink from the Emerald Isle available for the Bazaar-goers. Irish food and drink included smoked salmon, Guinness cupcakes, Jameson whisky and Irish coffee. The Irish table raised more than HRK 8000.

The total proceeds raised at the Bazaar will be used to purchase gym equipment, medical equipment and other items for the two mental health institutions.

Apart from "tastes of the world", visitors were especially drawn to the stage to enjoy the children's parade and our international dance and song performances, including by Irish Maiden.

Croatian President Kolinda Grabar-Kitarović was the patron of this year's Christmas Bazaar. 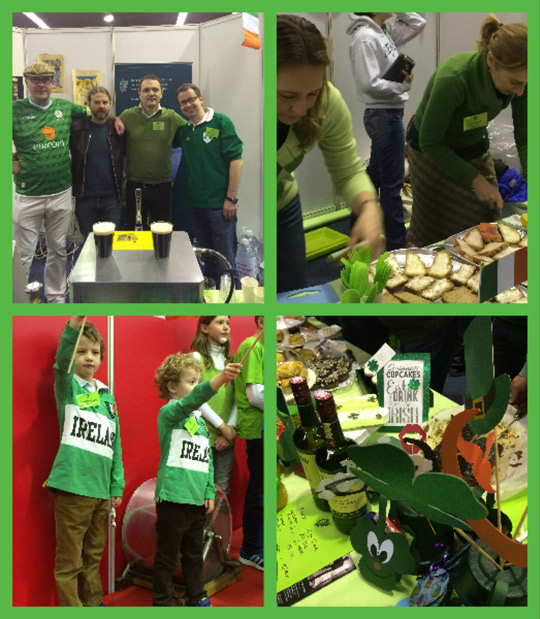