Ireland’s first Minister for the Diaspora Jimmy Deenihan, T.D., today announced details of £5.1 million in funding for the Irish community in Britain. Grants have been made to 113 organisations to support projects through the Emigrant Support Programme (ESP). 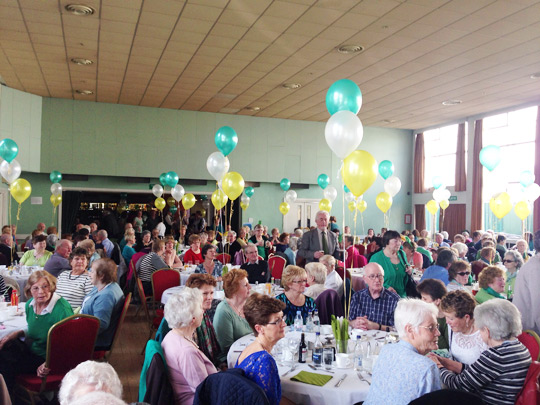 Speaking at the Irish Embassy in London, at a special event for the organisations who are recipients of the ESP funding this year, the Minister said:

“The Emigrant Support Programme is, and will remain, a key element of our engagement with the Irish abroad. The focus of the ESP in Britain will continue to be on supporting the more vulnerable and marginalised members of the community.”

Since 2004, over €81m has been awarded by the Irish Government, on behalf of the people of Ireland, to organisations that provide vital support to our community here. This is 71% of the total global budget allocation. This year, of the total funding provided, £4.5 million relates to organisations providing welfare and information services to the Irish community, particularly the elderly. The organisations funded provide a host of services, ranging from informal community networking groups for senior citizens, to outreach services and advice in accessing entitlements. The balance will go towards funding heritage and business networks.

“The establishment of the position of Minister for the Diaspora is a tangible demonstration of the Irish Government’s deep commitment to the Irish community abroad. Ireland’s greatest resource has always been our people and the valuable contribution that our community abroad has made to Ireland throughout our history is widely acknowledged and respected by the Government and the people of Ireland.”

“As some of you will know we are working on a Diaspora Strategy and I would like to thank those organisations andindividuals based here who made submissions. We are looking closely at what further work we should be doing to betterengage with the Irish community abroad and examining how we can deliver established programmes in a better way. We want our community abroad to continue to feel connected and actively engaged in the development of Ireland.”

The Minister also highlighted that the Government's Budget this week, as well as a commitment to maintaining the funding for the Emigrant Support Programme, included an increase in diaspora funding of €1 million in 2015.

Please see a list of the organisations’ funding in 2014:

*Payment of grants is contingent on compliance by recipient organisations with all ESP administrative requirements.