Minister Charlie Flanagan paid his first visit as Minister for Foreign Affairs and Trade to London September on 5 September. The Minister also attended the annual conference of the British Irish Association at Oxford, where he delivered the keynote address. 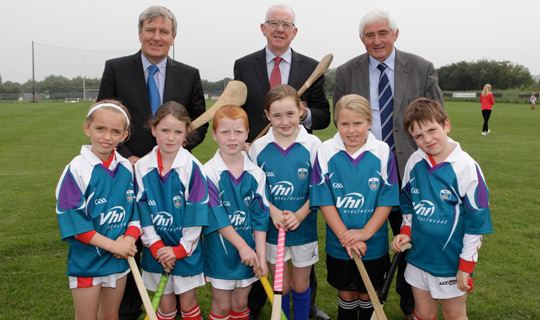 During his visit he highlighted the importance of trade between Britain and Ireland. Minister Flanagan met Enterprise Ireland and the IDA in London to discuss the Government’s ongoing work to boost trade across the Irish Sea. The Irish Ambassador to Britain heads up Ireland’s market team in the UK, which includes representatives of State Agencies and is crucial to maintaining and growing this trade.

Speaking at the Irish Embassy, the Minister said:

“The economic relationship with Britain is stronger today than at any time in history and continues to flourish as a result of the hard work, innovation and networking skills of Irish companies and the Government supports which assist them to grow. Additionally, 50,000 Irish people are directors on UK boards.

“The UK accounted for 42% of our exports in food and drink last year. It is also the largest recipient of Irish services exports. The Dublin-London air route is the second busiest international corridor in the world, with 3.6 million passengers in 2013. The Government is committed to ensuring that Ireland’s embassy network, together with our State Agencies, continue to deliver for Ireland.”

He also met Irish community organisations and thanked them for the strong voice they provide for Irish people in Britain. The Minister commented:

“The Irish Government places great value on the Irish abroad who act as ambassadors for Ireland – encouraging colleagues to do business in Ireland, to visit Ireland, to invest in Ireland. You’ve played a major role in our comeback story and we’ll support you to be part of our future story’

The Minister also met with some members of the , the international network of influential Irish and Irish-connected business people which advises the Government and works closely with our Embassies around the world.

The Minister visited Ashford Place, a care centre catering for vulnerable Irish emigrants in Cricklewood, which since 2006 has received €2 million in funding through the Emigrant Support Programme (ESP).

‘Supporting the most vulnerable of our emigrants is an important part of my responsibility as Minister. My visit to Ashford Place in Cricklewood is an opportunity to meet some of the people who care for emigrants, and to see for myself how our Emigrant Support Programme is working’

On Saturday morning, Minister Flanagan visited the headquarters of London GAA at Ruislip where he was briefed on the work of the GAA in London and on the redevelopment of their stadium, which is part-funded through the Emigrant Support Programme.