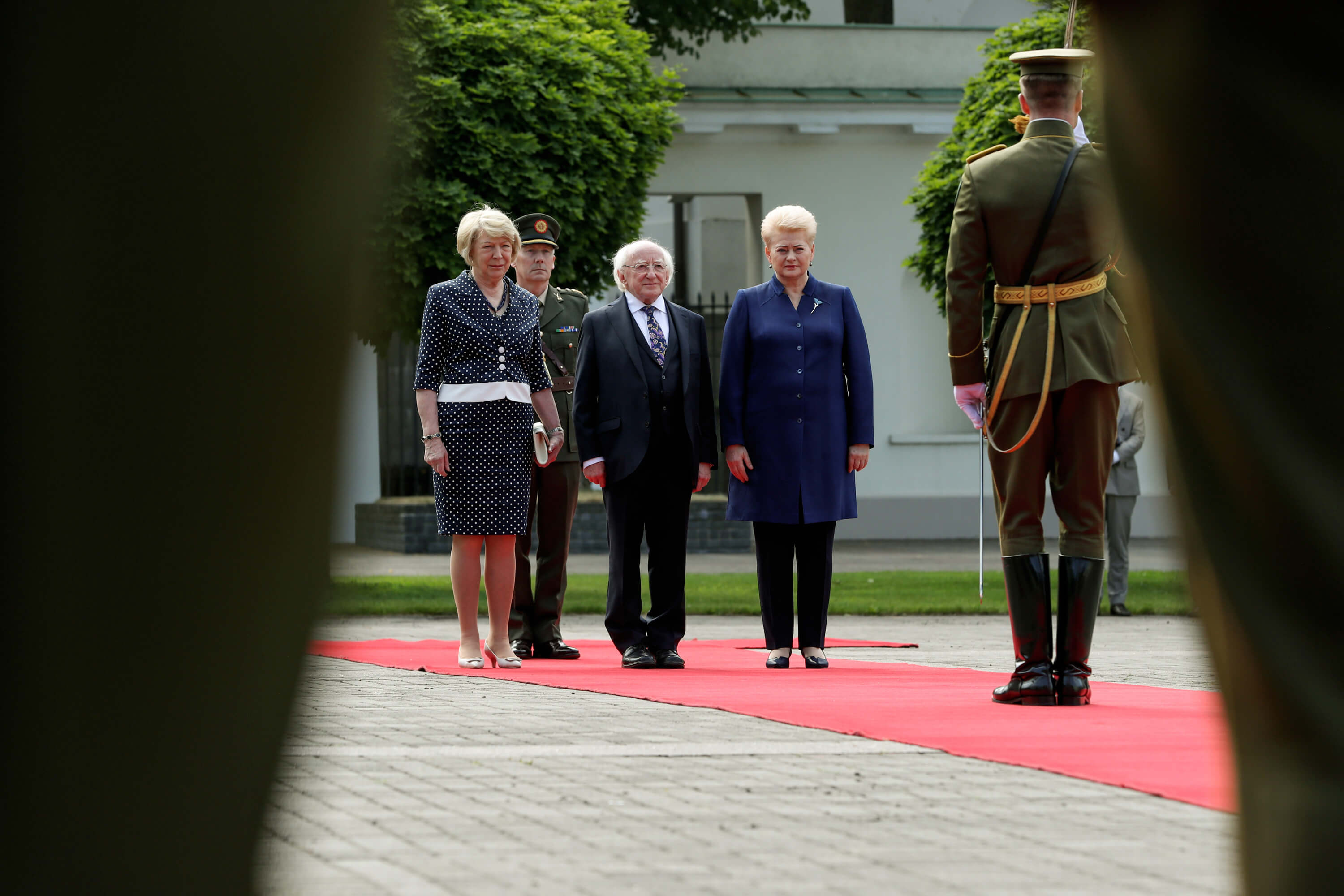 On the 18th -19th of June, 2018, the President of Ireland Michael D. Higgins visited Lithuania. The Irish head of state was coming on a two-day official visit at the President’s invitation.

The visit comes in a year that Lithuania celebrates the centennial of its restored independence and will highlight the friendship and strong ties that exist between the two nations.

The presidents of Lithuania and Ireland discussed bilateral relations, EU and Brexit-related issues as well as European security. Ireland is a neutral country, but it well understands the conventional and hybrid threats posed by Russia to Europe and is actively engaged in PESCO, the process of deepening defence cooperation among EU Member States.

Following a ceremonial welcome at the Presidential Palace in Vilnius, President Higgins signed the Distinguished Guests’ Book and had a bilateral meeting with the President of the Republic of Lithuania, H.E. Ms Dalia Grybauskaite.

Meeting with the Ambassador of Lithuania to Ireland

The Ambassador was received by the Lithuanian Foreign Minister

The Ambassador meets the Speaker of Seimas

New Ambassador of Ireland presented credentials to the President of Lithuania

New Ambassador of Ireland to Lithuania

Deputy Head of Mission attended the 'Women, (In) Between' art exhibition

Farewell call on the Parliament of the Republic of Lithuania Speaker

The Ambassador bade farewell to Minister of Foreign Affairs

The Ambassador met with the Minister of Foreign Affairs

Guests at the Embassy

Ambassadors met with the Mayor of Vilnius

The Ambassador helped to launch an exhibition

The Ambassador paid a visit to Siauliai

Discussion with the members of Active Youth Association

The Exhibition “Sole Survivors: the Rarest Books in the World”

“Sole Survivors: the Rarest Books in the World”

The Embassy of Ireland in Vilnius marked St. Patrick’s Day