The Embassy plays an important role in maintaining the bilateral relationship between Ireland and the Russian Federation. 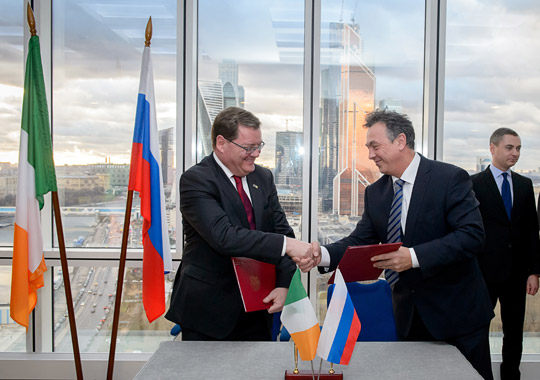 The 40th anniversary of the establishment of diplomatic relations between Ireland and Russia in 2013 marked an important milestone in the continuing development and improvement of Ireland-Russia relations. The links between the two counties go back many centuries and cover a broad range of historical, social, sporting, economic and political matters. The Embassy works to facilitate existing interactions, and foster new ones, from official level to high level, in order to reinforce the bilateral relationship that is of mutual benefit to both countries.